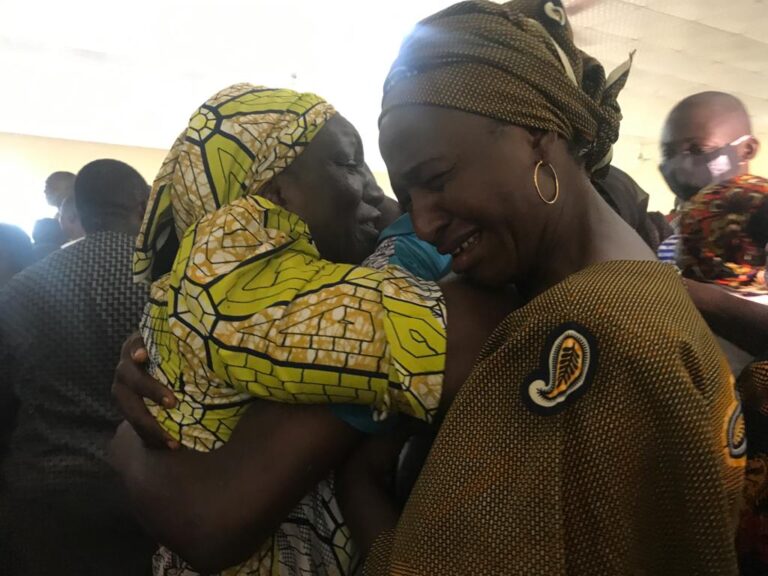 One of the freed students of the Federal College of Forestry Mechanisation, Afaka, Kaduna state, Sarah Sunday, has reacted to their kidnap by bandits.

The college students were abducted when gunmen attacked their school on March 12.

Although 39 of them were kidnapped during the attack, 10 of the students were earlier released. However, on Wednesday, the remaining students were released after seven weeks in captivity.

The students, who had earlier been taken for a medical check-up by the state government, were reunited with their family members on Friday.

Speaking with newsmen after reuniting with her family on Friday, Sarah said they have forgiven their abductors, adding that it is only God that can forgive the bandits.

Sarah noted they suffered a lot in the hands of their abductors, noting that they were made to embark on long treks.

She said she was disturbed about her mother’s state of health as a result of the abduction, and appreciated everyone that worked for their release.

“I will tell them (referring to the abductors) we forgive them all. That is all. That is only what I’m going to tell them. And God will give them the chance to change,” she said.

“We suffered a lot. Honestly speaking, we suffered through insults, through hard labour. We trekked throughout.

“I thought maybe my mother will pass away because of the shock, but I thank God. Thank you. I appreciate. Thank you to everyone that helped us in prayers and everything.”