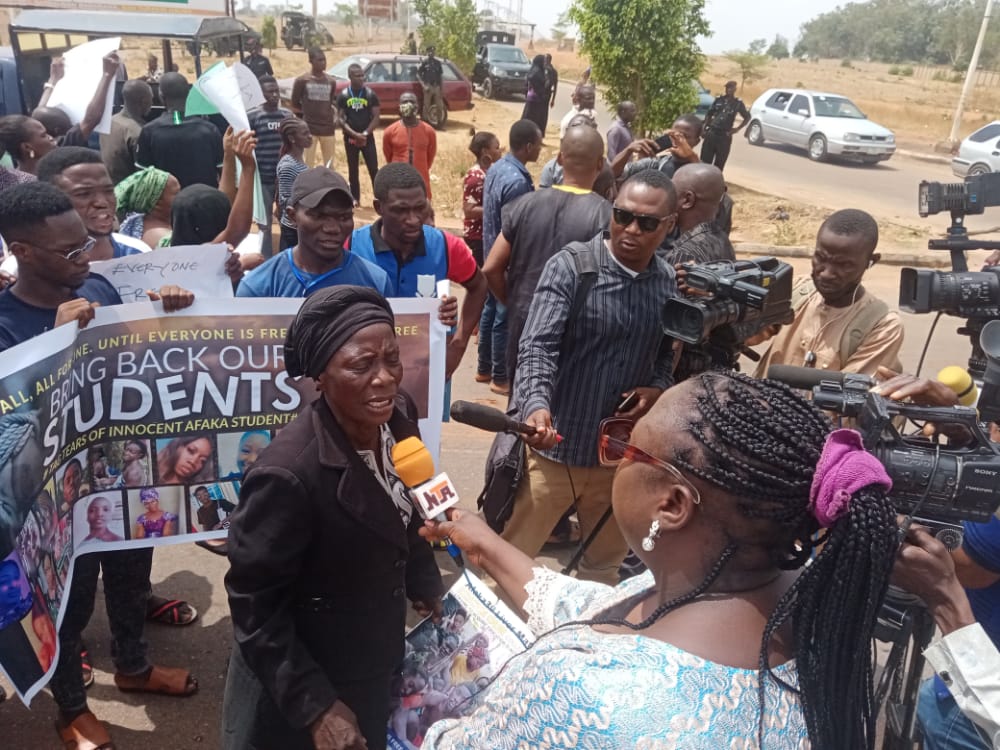 The parents of the 27 freed students of the Federal College of Forestry Mechanisation, Afaka, Kaduna State have revealed why they visited renowned Islamic Cleric, Sheikh Ahmad Gumi.

Speaking with reporters on Thursday, the parents said they were his to thank him for the role played in securing their children from bandits.

Led by the chairman and the secretary of the Parents Forum, Malam Usman Abdullahi, Friday Sanni, respectively, begged the Islamic cleric to extend their appreciation to former President Olusegun Obasanjo for their struggle to bring back their children.

Recall that the freed student arrived at the state police command in two 18 seater Hiace busses and an ambulance.

Most of the students appeared weak and could barely walk, as one of the female students was carried by a security agent in mufti.

Some of the students were spotted in their night wares while others dressed half naked.

Newsmen were hindered from taking shots of the students as they were led into the conference hall of the police command.