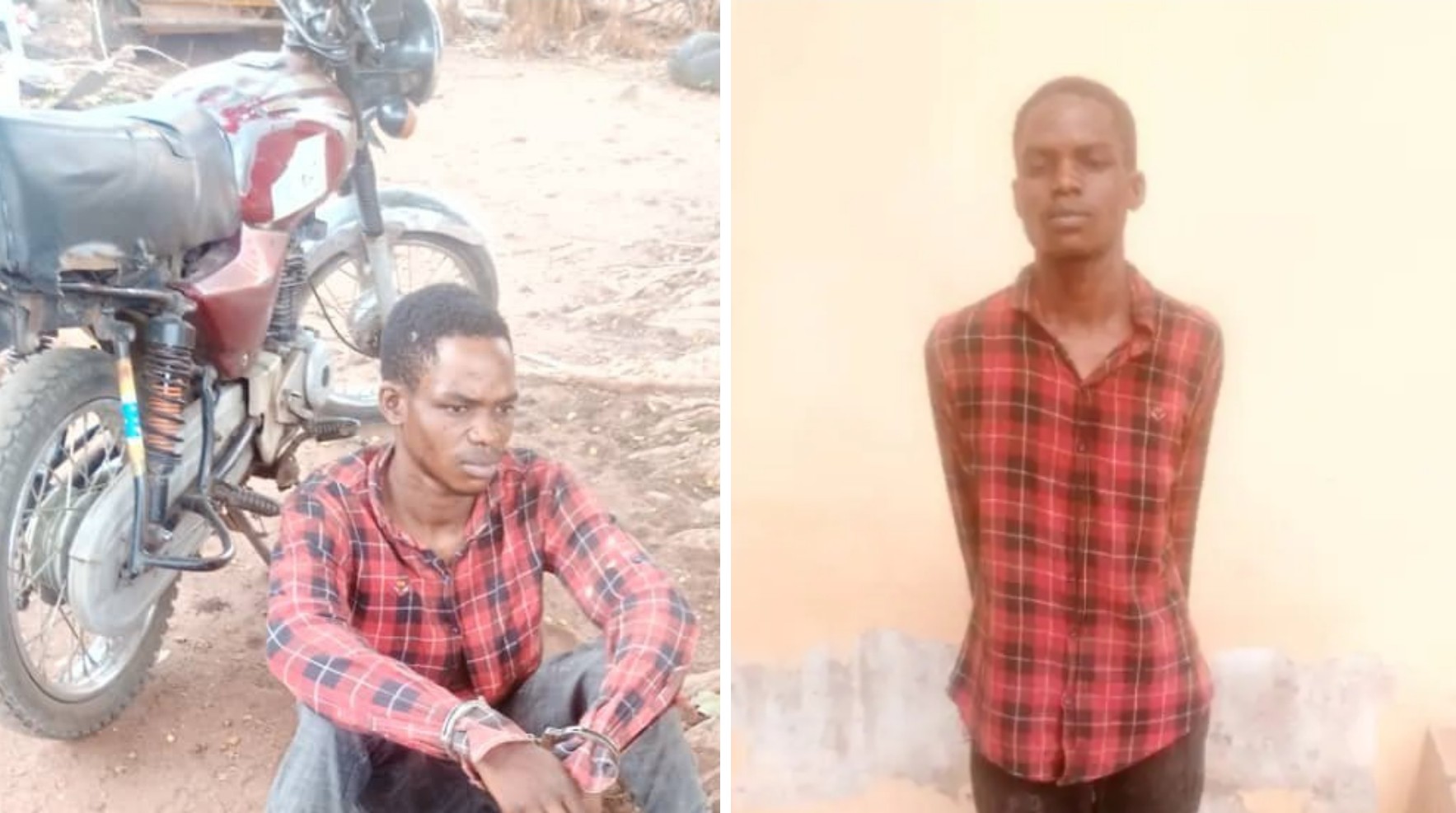 The Commissioner of Police in the state, Mohammed Bagega, who disclosed this in a statement in Ilorin on Monday, May 3, said that the suspect was arrested along Ajase-Ipo road during stop and search by a team of ‘Operation Harmony’

According to the CP, the team was in the process of searching a bag in a commercial bus when one man took to his heels while Moses held.

The bag was searched and a freshly severed head and hands of a young man were discovered.

During interrogation, the suspect confessed to have killed the victim, named Mohammed, in Ajase Ipo with his fleeing partner for ritual purposes.

The police boss said he has directed the homicide section of the State Criminal Investigation Department (SCID) to thoroughly investigate the case and arrest anybody connected to the heinous crime.

The Commissioner said that the suspect had took a team of investigators to where the body was dumped.

Bagega said the investigation into the case was ongoing and the suspects would be charged to court as soon as investigation was concluded.