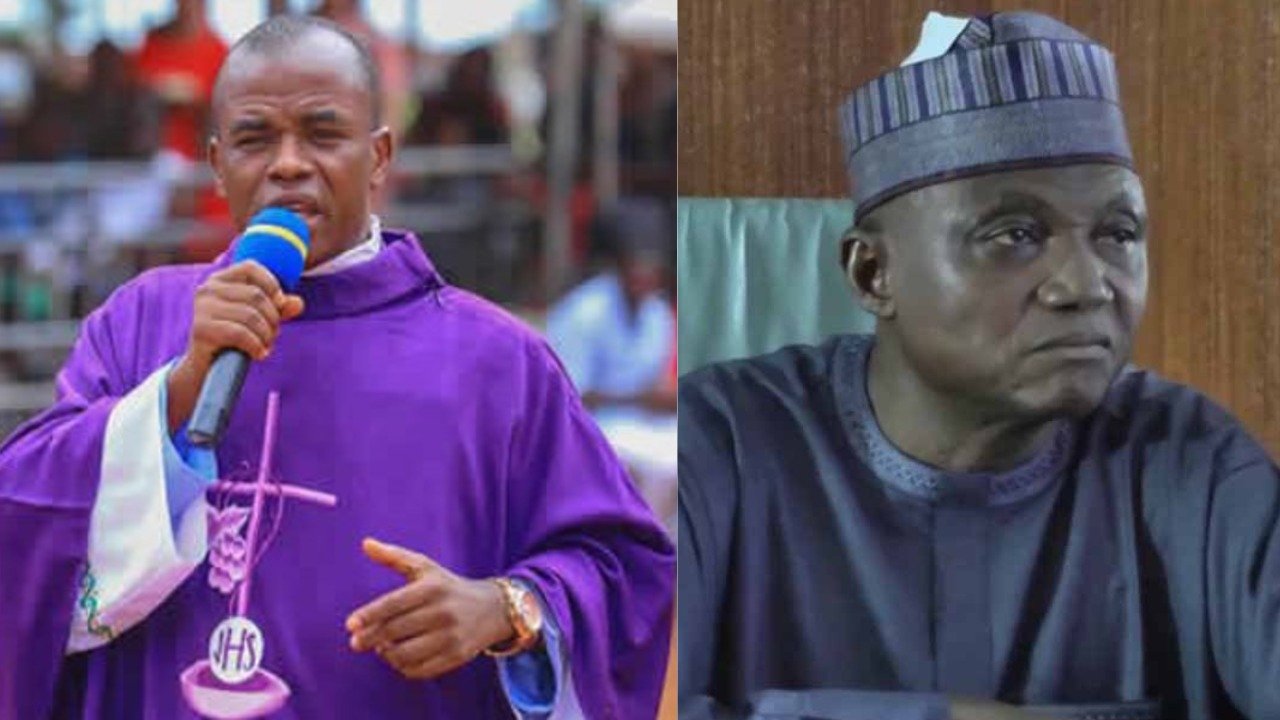 The Spiritual Director of Adoration Ministry, Enugu, Rev. Fr. Ejike Mbaka, has called on the Senior Special Assitant on Media and Publicity to President Muhammadu Buhari, Garba Shehu, to apologise to him.

This is coming after the presidential aide accused Mbaka of calling for President Buhari’s impeachment or resignation because he was denied a contract by the president.

The cleric in his statement also warned that the spokesman of the president can also be killed by bandits who are attacking states in the North.

Recall that Mbaka had last week asked President Buhari to resign or be impeached due to the security challenges in the country.

The statement of Mbaka saw the All Progressives Congress threaten to report Mbaka to the pope for calling for Buhari’s impeachment.

Mbaka in his reaction to Shehu’s claim about been denied a contract said, “Garba Shehu that is talking, the bandits can kill him too. No amount of security can save them if things get worse.”

“They have shown they don’t have a reward mechanism. Shehu should be apologising to me.”

“They are busy branding communities and states terrorists. If Kaduna, Benue, and other places are branded terrorist states, will Nigeria not be branded a terrorist country?”