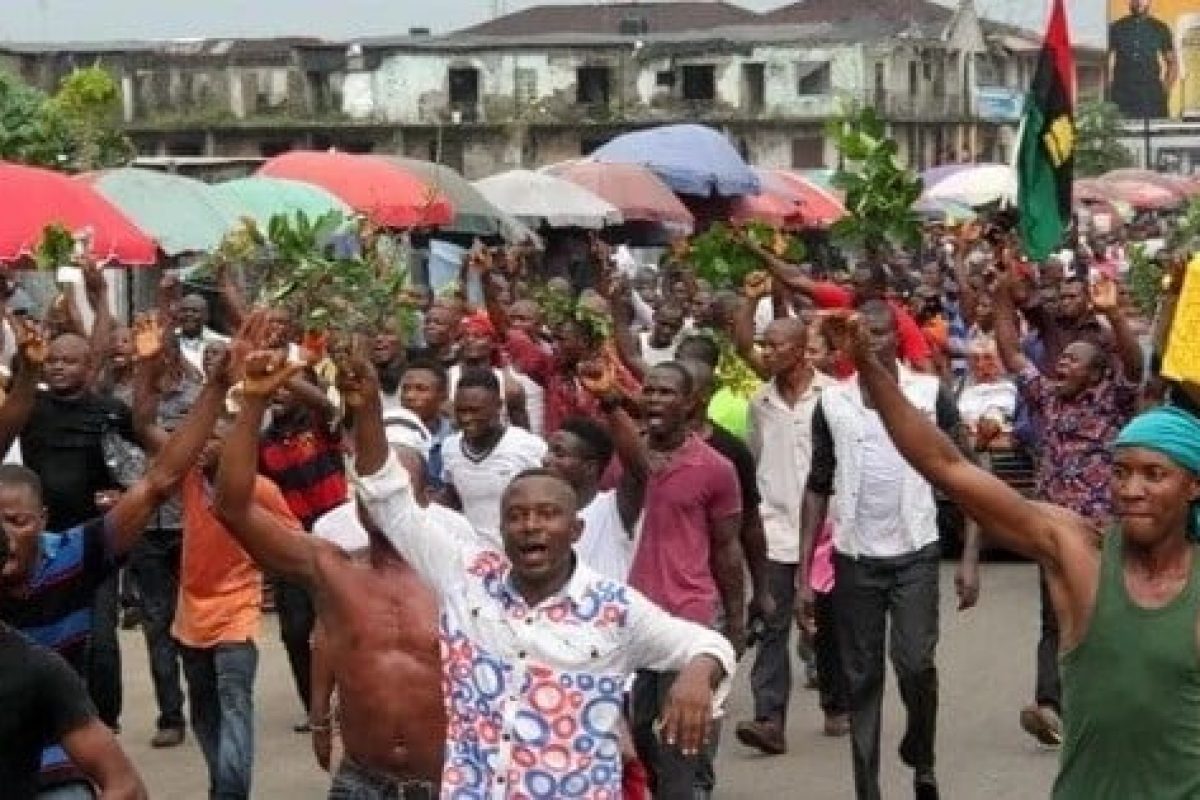 Biafra Nations League (BNL) on Thursday dared Nigeria security operatives to launch similar operations it carried out in Imo against members of the group in Bakassi Peninsula.

Speaking to newsmen in Uyo, Akwa Ibom State, Chief Head of Operations of BNL, Henry Edet warned that fire will rain down on Nigeria’s Securities agents if they dared him.

He stated that the security operatives will see something different if they touch any officer of the group especially in Bakassi Peninsula where the group is said to be having more influence in the region.

The pro-Biafra group condemned the killing of IPOB’s ESN commander, Ikonso Don, stressing that his killing will only worsen the present insecurity rocking the South-East region.

Edet however stated that BNL would not attack securities agents unless they’re attacked by them.

He said members of it’s Militia wing already signed their death warrant, noting that the attacks from security agencies won’t scare them away.

The group also threatened to carry out hostile activities in Bakassi Peninsula on May 30 to commemorate the declaration of Biafra by Late Chukwuemeka Odumegwu Ojukwu.

According to the Biafra group, among their programs is the hosting of Biafra flags and the ban on travelers from 7 am-12 pm in the Gulf of Guinea.

It will be recalled that Ikonso was killed in Imo State during a joint operation by security forces comprising the Nigeria Police Force and their counterparts from the Nigerian Army and Department of State Services (DSS).

Commander Ikonso was killed during the gun battle between security operatives and the insurgents while six of his fighters were also arrested.