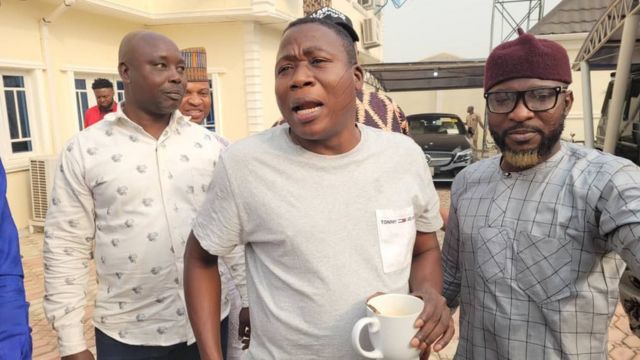 The residence of popular Yoruba activist, Sunday Adeyemo also known as Sunday Igboho has been allegedly attacked by men of the Nigerian Army.

This was made known by Igboho’s spokesman, Olayomi Koiki – IKoikimedia – who did a live video to make the announcement.

In the video on his Facebook page, Koiki accused the federal government of trying to invade the home of Sunday Igboho.

While insisting that they are capable to wade off any attack, Sunday Igboho’s aide stated that their group would shut down the whole South-west today, Monday.

He stated that the federal government may think they are dealing with #EndSARS protesters, adding that today would be the beginning of the problem the Muhammadu Buhari government is waiting for.

As at the time of filing this report, the reason for the allege attack is yet unknown.