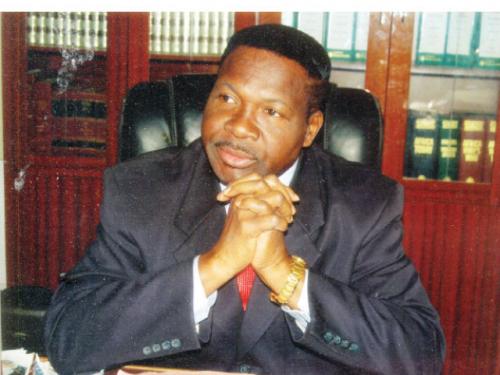 Ozekhome made this known in a statement on Friday titled, ‘Can Dr. Isa Pantami Be Prosecuted For Acts Of Terrorism?’, and made available to newsmen.

The lawyer also lambasted the Presidency for exonerating Pantami’s past radical comments supporting the activities of terrorist groups like the Taliban and Al-Qaeda.

He described the defence of presidential spokesman, Garba Shehu, that Pantami had apologised and should be forgiven as a “pedestrian argument”.

He said: “The combustible and inflammable comments of Dr. Pantami no doubt were intended to cause fear or make any government or bodies abandon a standpoint, induce fear in the public or government, etc. He can be charged under the EFCC Act.

“My humble call on Pantami is to resign his ministerial appointment and save this clueless government of further infamy, calumny, obloquy and odium.

“Where he fails or refuses to do so (as I know he would), then President (Muhammadu) Buhari should sack him. Where Buhari refuses (as I know he would), then, any and every Nigerian or NGO that feels sufficiently concerned and aggrieved can approach the courts and ask for an Order of Mandamus, to compel the Attorney-General of the Federation, Mr Abubakar Malami, to prosecute Pantami, by virtue of section 174 of the 1999 Constitution. Every Nigerian has the right (locus standi) to do this.”