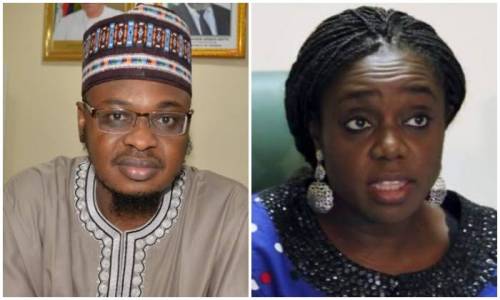 The Presidency has backed its statement supporting the embattled Minister of Communications and Digital Economy, Isa Pantami.

Recall that the presidency had earlier defended Pantami on Thursday, accusing the minister’s enemies and some Information and Communications Technology (ICT) companies of being behind the “smear campaign” against him.

Speaking during a Channels TV programme on Friday, presidential spokesman, Garba Shehu, compared the certificate forgery case of ex-minister of Finance, Kemi Adeosun, to the earlier support for terror groups expressed by Pantami.

“In the second case which is that of Pantami, you are probing the thoughts, what is called ‘McCarthyism’; you search the inner recesses of the minds of individuals, bring out things they have said, or they are about to say, or you think they would say, and use that against them,” he said.

“If Pantami had forged certificate before coming into office, the attitude would have been different.

“We don’t remain in the same position. Don’t assume that things cannot change. If the one who created you gives it to you that from being bad, you can become good, what says you should deny some other persons this right?”

He said, instead, that those making such claims are “the problems of the society” for their unwillingness to forgive Pantami.