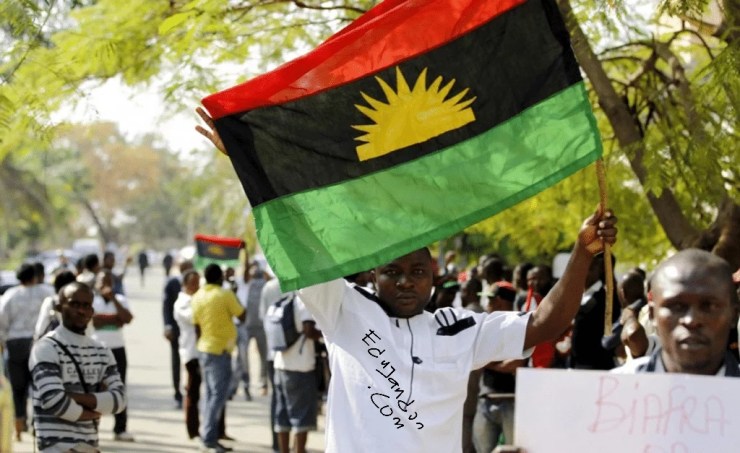 The policy of the United Kingdom states that Biafran separatist groups who wish to apply for asylum in their country on the ground of “political persecution” must be physically present in the UK.

The applicant must also not be considered a security risk to the UK.

Naija News had earlier reported that the Federal Government of Nigeria rejected the plan by the UK government to grant asylum to persecuted members of IPOB and the Movement for the Actualisation of the Sovereign State of Biafra (MASSOB).

According to The Cable, the UK Visas and Immigration (UKVI) has released new guidelines to its decision-makers on how to consider and grant asylum applications by members of Biafran secessionist groups.

Asylum is to be granted to “persecuted” members of the Indigenous People of Biafra (IPOB), which has been designated as a terrorist organisation by the Nigerian government, and the Movement for the Actualisation of the Sovereign State of Biafra (MASSOB).

In the newly released ‘Country Policy and Information Note Nigeria: Biafran secessionist groups’ the UKVI, a division of the Home Office, stipulates that the credibility of every application must be assessed under ‘Asylum Policy Instruction’.

The policy states: “An asylum claimant will be granted asylum in the United Kingdom if the Secretary of State is satisfied that:

2. He is a refugee, as defined in regulation 2 of The Refugee or Person in Need of International Protection (Qualification) Regulations 2006;

3. There are no reasonable grounds for regarding him as a danger to the security of the
United Kingdom;

4. Having been convicted by a final judgment of a particularly serious crime, he does not constitute a danger to the community of the United Kingdom;

5. Refusing his application would result in him being required to go (whether immediately or after the time limited by any existing leave to enter or remain) in breach of the Geneva Convention, to a country in which his life or freedom would threaten on account of his race, religion, nationality, political opinion or membership of a particular social group.