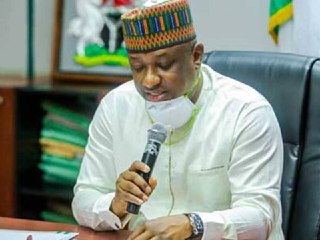 The Minister of State for Labour and Employment, Festus Keyamo, on Wednesday, condemned those who are influenced by people’s opinions on social media.

Keyamo who took to his Twitter account noted that some people have commercialised their opinions and positioned themselves as characters with a plan to provide a moral compass for the country.

Keyamo tweeted, “I am not angry that some smart alecs have commercialised their opinions on Social Media and the so-called ‘struggle’. I only just pity thousands of gullible ones who still believe that these characters are on some altruistic mission to provide the moral compass for this country.”

Recall that the minister recently stated that the #EndSARS protest in the country has shown that those who push for violence have the means to flee the country leaving behind those they instigated to violence.

He said, “During the COVID-19 lockdown, those badly affected were, unfortunately, the weak and lowly amongst us; during ENDSARS, the eventual victims that lost billions were not the intended targets; the insurgency in the North East has mostly affected the weak and vulnerable amongst us.”

“The victims of war would not be the intended targets, but the hapless ones who’re listening to the advocates of war. When Govt & responsible citizens call for calm, it’s not out of cowardice or self-preservation; it’s to protect the weak from the fraudulent intrigues of a few.”

“ENDSARS has taught Nigerians a bitter lesson: those who push others to violence usually have the means and resources to take care of themselves and their families and even leave our shores whilst those who they instigate to violence suffer the brutal consequences or even die.”