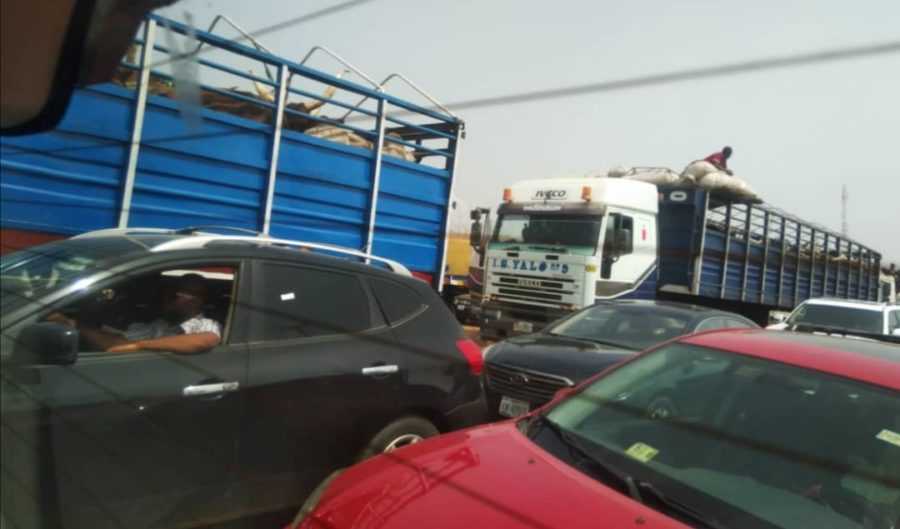 Travellers are having difficulty plying the Lokoja/Abuja expressway due to heavy gridlock caused by trucks parked along the major highway connecting the Federal Capital Territory to the Southern region.

Reporter who travelled along the busy route on Friday observed that several trucks were parked on both sides of the expressway, thereby preventing free movement of vehicles.

The situation is prompting drivers to break traffic rules as many of them were seen taking every available route in a bid to manoeuvre their way out of the gridlock.

Our reporter also observed that there were no presence of traffic officials or security operatives to control the situation.

Some soldiers who were sighted on ground only paved the way for their patrol vehicle to move at the disadvantage of hundreds of travellers who they ordered to drive into the bushes in order to enable their vehicle get through the traffic.

As of the time of filing this report, the gridlock had lasted several hours as travellers were seen sweating profusely and gasping for fresh air.

The situation had persisted for over a week as travellers are said to always spend hours in the dridlock each time they arrive at the spot.