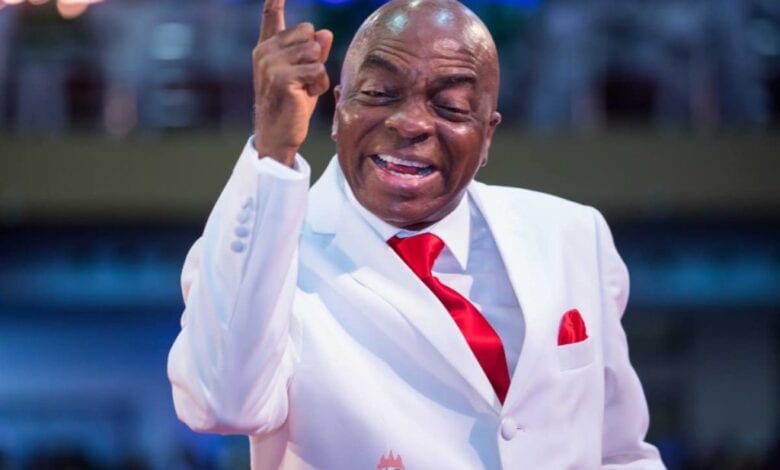 Presiding Bishop of the Living Faith Church (Winners Chapel), Bishop David Oyedepo has declared that Christians are right to have rejected the wearing of hijab in grant-aided public schools in Kwara state.

The popular cleric added that rather than allowing the matter to fester and degenerate further, Muslims should respect the religion of the school founders and take their children to schools where they will be allowed to wear hijab.

He made the declaration in a viral video where he reacted to the controversies surrounding the Kwara State government policy on the use of hijab in all public schools.

According to the Bishop, “It is such a nasty development in Kwara state where Muslims are asking their students in our schools to wear Hijab, and the church said “no”

“I have never seen a place in my life where a tenant will be decreeing for the landlord…you know the reason why? We have never shown the world the other side of God.

“Leave the schools for the owners, go to your schools, is there any fight? Stop putting fingers in the eyes of others.

“The church is a time-bomb when God turns his back on anybody or any system, that system is grounded.”

“My advice is, leave the schools for the owners, find your schools…men and women can wear hijab there. Stop putting your fingers in the eyes of others when they are not blind.”

It will be recalled that the state government had announced that female Muslim students in public schools should be allowed to wear hijabs as part of their uniforms.

The idea was however rejected by Christian proprietors of grant-aided public schools in the state who described the policy as a move to technically Islamize the schools.

The controversy resulted in the initial shut down of 10 affected schools in the state and when the government ordered their reopening, the use of hijab was resisted at some of the schools particularly at Baptist Secondary School, Surulere and Cherubim and Seraphim College, Sabo-Oke in Ilorin resulting in a clash between Christians and Muslims and destruction of some churches.