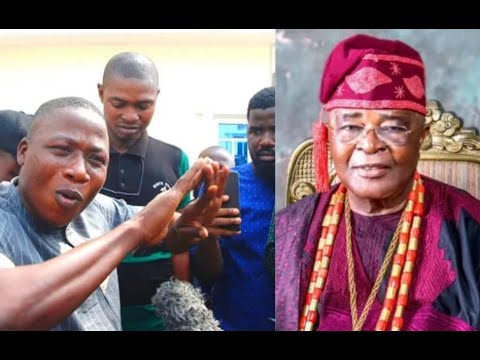 Yoruba rights activist Sunday Adeyemo aka Sunday Igboho has distanced himself from a trending statement that angry Yoruba youths would invade the palace of the Alake of Egbaland, Oba Adedotun Gbadebo.

Igboho’s spokesman, Olayomi Koiki, had in a viral video obtained by The Nation, threatened the Oduduwa agitators would soon attack the monarch in his palace and other traditional rulers who do not support their agitation.

But Igboho’s Senior Adviser on Media and Publicity, Dapo Salami, said the statement was made solely by Koiki.

The Nation had reported the Alake of Egbaland, Oba Adedotun Gbadebo, last week, warned that it was in the best interest of all Nigerians to remain one, regardless of the current challenges.

Oba Adedotun, a retired Brigadier-General, said Nigeria could not afford another civil war or absorb the huge number of Nigerians that could be displaced by any civil war.

Igboho’s Senior Adviser on Media and Publicity said: “Chief Sunday Igboho has nothing to do with this declaration by Koiki, though Koiki is Igboho’s spokesman but on this particular one, Chief is not in support.

“The Alake of Egbaland is a major leader in Yorubaland whom we honour and have so much reverence for. Igboho will never say he wants to go and invade his palace.

“Koiki came in from the United Kingdom so he does not understand some things. We are not for violence, we are not going to invade any Oba’s Palace. We respect them all, they are our fathers and we will never disrespect them.”