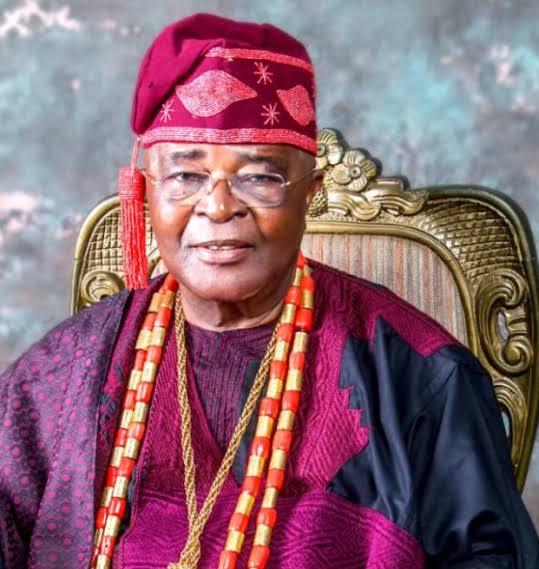 The Alake of Egbaland, Oba Adedotun Aremu Gbadebo, has submitted that those criticizing him over what he said about the agitation for Yoruba Nation don’t understand him.

This is as he also stated that he won’t join issues with those who have threatened to attack him over his stand on the agitation and creation of Yoruba Nation.

It will be recalled that Oba Gbadebo had on Friday appealed to secessionists to have a rethink, saying “If Nigeria failed as a country, the entire black race had failed.”

Reacting in a viral video, Sunday Igboho’s spokesperson, Olayomi Koiki promised to send Oba Aremu Gbedebo to exile, warning that “we will break coconut on your head.”

Some others also took to social media platforms to condemn the position of the traditional ruler, with many viewing him as anti-Yoruba.

But the popular Monarch while reacting to the barrage of insults that have followed his declaration has now stated that he was misunderstood.

He added that despite the attacks on him, he won’t resort to any form of violence, whether verbal or non-verbal.

The traditional ruler also explained that he was urging the members of the transport union to allow peace in their dealings.

“I told the road transport union that came to my palace that their union used to be known for causing quarrels at motor parks, that they should maintain peace and look for the progress of this country.

“As a traditional ruler, I cannot support chaos or anarchy and most of the things that I do are to promote peace, progress, and mostly the happiness of all my people,” the monarch clarified while addressing newsmen in Abeokuta.

Meanwhile, the National leader of the All Progressives Congress (APC), Ahmed Bola Tinubu, says he has a good and productive relationship with President Muhammadu Buhari.

It is rumoured that there is a crack in the relationship between Buhari and Tinubu and that the crack was tactically created to stifle Tinubu’s presidential ambition and pave way for another candidate to clinch the 2023 presidency.

Rahman added that the insinuation of a cold war between them is perpetrated by people who profit from causing controversy where there is none.

He added that Tinubu is a loyal man and devoted patriot who stands committed to supporting President Buhari realise his policy objectives for the benefit of all Nigerians.