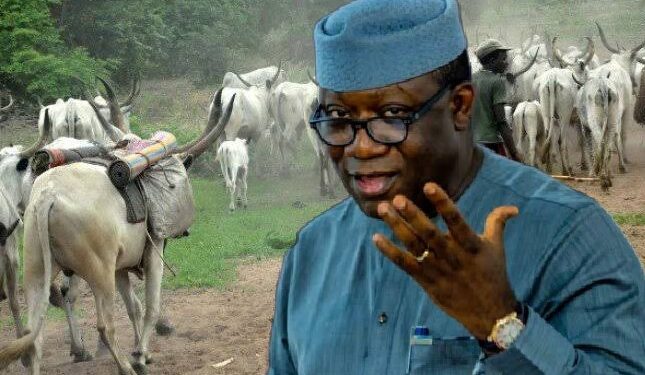 Ekitiparapo Lagos and Ekitipanupo Forum, the two foremost bodies of Ekiti in diaspora, have expressed shock about the adoption of the Federal Government Livestock Transformation Programme by Governor Kayode Fayemi.

In a statement by the President of Ekitiparapo Lagos, Dare Ojo and Leader of Ekitipanupo Roundtable Initiative, Alagba Gabriel Akinyemi, Ekiti in diaspora said they were concerned over the adoption of the programme by state government that seeks to donate land to herdsmen for grazing.

The statement said: “We note that the Federal Government two years ago had introduced RUGA, which was later renamed Livestock Transformation Programme with the same objectives of allocating land to herdsmen for the purpose of grazing and settlement.”

“On January 16, an expectant mother was hacked to death by herdsmen in Ido/Osi Local Government; two farmers were killed by herdsmen on March 7 at Isaba-Ekiti.

“Another death was recorded on Ikere- Iju road on March 13, among several other incidents. The roads linking Aramoko to Ijero, Ikere to Iju and Ita-Ore junctions have become kidnapping spots. Residents live in fear and many people cannot come home for fear of kidnappers.”