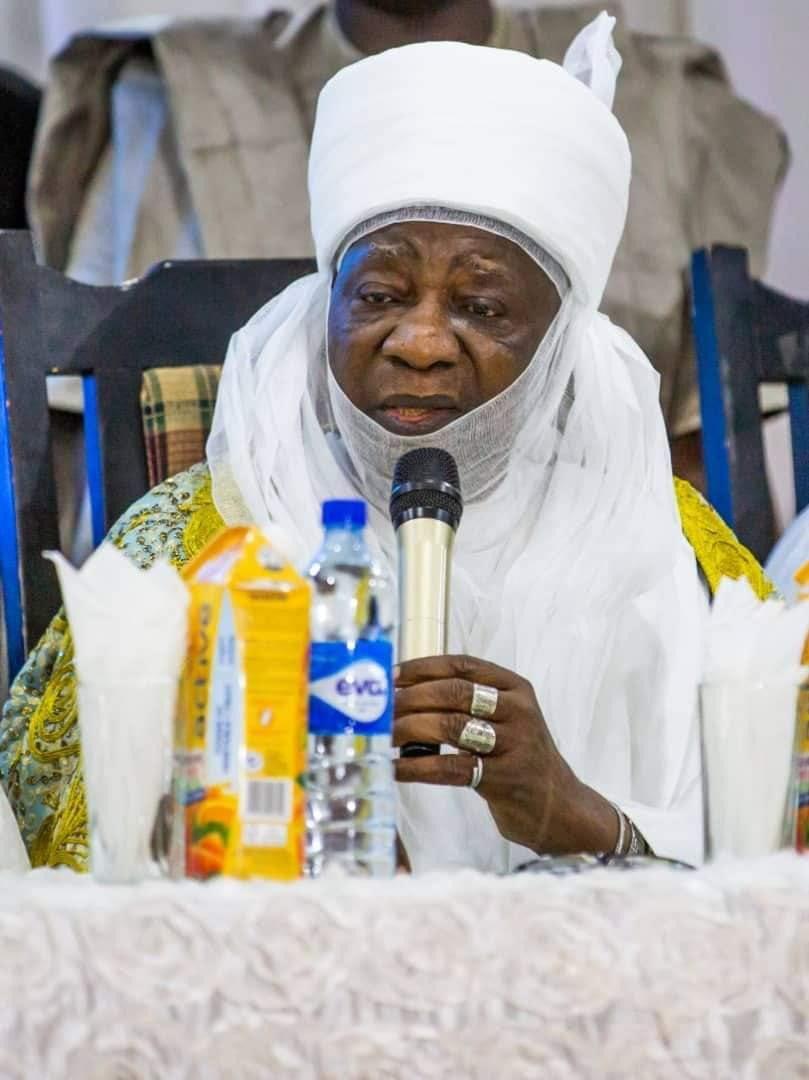 The Emir of Ilorin, Ibrahim Gambari, on Wednesday charged Muslims and Christians in Kwara State to avoid religious crisis.

The Chairman Kwara State Council of Chiefs made this call following the clash between Muslims and Christians at Surulere Baptist School, in Ilorin on Wednesday as mission schools shut down by the state government over hijab issue resumed classes.

There were claims that more than 29 people were injured in the class, while motorists deserted the area for hours.

Police was, however, force to disperse the people with teargas to restore order in the area.

The monarch called on Muslims and Christians to continue to embrace peace and harmony in the state.

The Emir of Ilorin in a statement released through his spokesman, Abdulazeez Arowona, said ”The ongoing public disturbances on the hijab usage by female students of ten government grant aided schools as unwarranted.”

He said, ”No group or individual, should take laws into their hands.

“Ilorin,” according to him, ” Is known for peaceful coexistence nationwide,” adding ” let us remain calm and resolute to the fact that the position of the law is clear on the matter.”

The Emir, said there is no fight between Muslims and Christians, Islam and Christianity preach peace and harmony.

“Let us also avoid division and enmity in our society,” he added.

Gambari, urged religious leaders to prevail on their followers to respect constituted authorities in their dealings with members of the public.

In a related development, the Christian Association of Nigeria (CAN) on Wednesday called Nigerians and the Inspector-General of Police to hold the Kwara State Governor, Abdulrahman Abdulrazaq responsible if the hijab controversy in the state degenerates into a bigger security issue.

CAN made the declaration in a statement signed by its general secretary, Joseph Bade Daramola in which the Christian umbrella body reacted to the ongoing violence in Kwara over the government’s hijab policy.