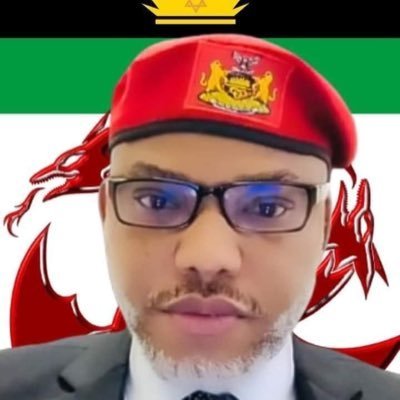 The leader of the Indigenous People of Biafra (IPOB), Mazi Nnamdi Kanu, has asked three questions Southerners must ponder about.

It took the intervention of a former Minister of Aviation, Femi Fani-Kayode, and Yahaya Bello, who met with the Amalgamated Union of Food and Cattle Dealers of Nigeria (AUFCDN) to resolve the group’s strike action.

The strike by AUFCDN had resulted in scarcity and an increase in the prices of food items in the south — while a supply glut crashed prices in the north.

In a post on his Twitter page, Nnamdi Kanu, a pro-Biafra activist, described the food blockade as evil and pure hate.

He wrote: “Dear South: Do you still want to be President after this abominable food embargo?

“Do you still have compatriot spirit with those that went so low to your stomach?

“Just give me one good thing that comes with being in one nation with people capable of this evil, this hate?”

In another tweet, the IPOB leader claimed that Lord Lugard and Flora Shaw are the real owners of Nigeria.

According to Kanu, who is wanted by the federal government of Nigeria, nobody owns Nigeria except the duo.

He wrote: “Nobody owns Nigeria except Lugard & his mistress who founded it & named it Nigeria.

“If you kill for #OneNigeria, you killed in vain. If you died for it, you died in vain.

“If you doubt this, consider the MISERY of those who had killed for Nigeria, including Gowon.”