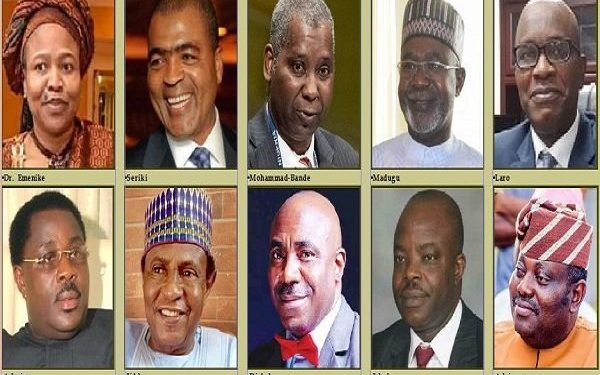 Minister of Foreign Affairs, Geoffrey Onyeama, on Friday gave the 95 ambassadors-designate their letters of credence.

The ambassadors-designate have had to endure a tortuous six months waiting after been cleared by the senate last September.

Recall that President Muhammadu Buhari had in January approved the posting of new envoys to various Nigerian Embassies and missions across the world.

The president also approved the deployment of the Editor-in-Chief of The Guardian, Debo Adesina, who will serve as the Ambassador to Togo.

The current Nigerian Ambassador to Ireland, Dr Uzoma Emenike, who is also a career diplomat, was posted to the United States as the ambassador, while M.I. Bashir will serve as deputy ambassador.

President Buhari posted 52 non-career envoys and 43 career ambassadors based on the confirmed list from the Senate.

Ambassador Tijani Muhammmad-Bande will also retain his position as the Permanent Representative to the United Nations, New York while Adeyinka Asekun will remain the High Commissioner to Canada.

READ  2019: I have no preferred presidential candidate – Obasanjo