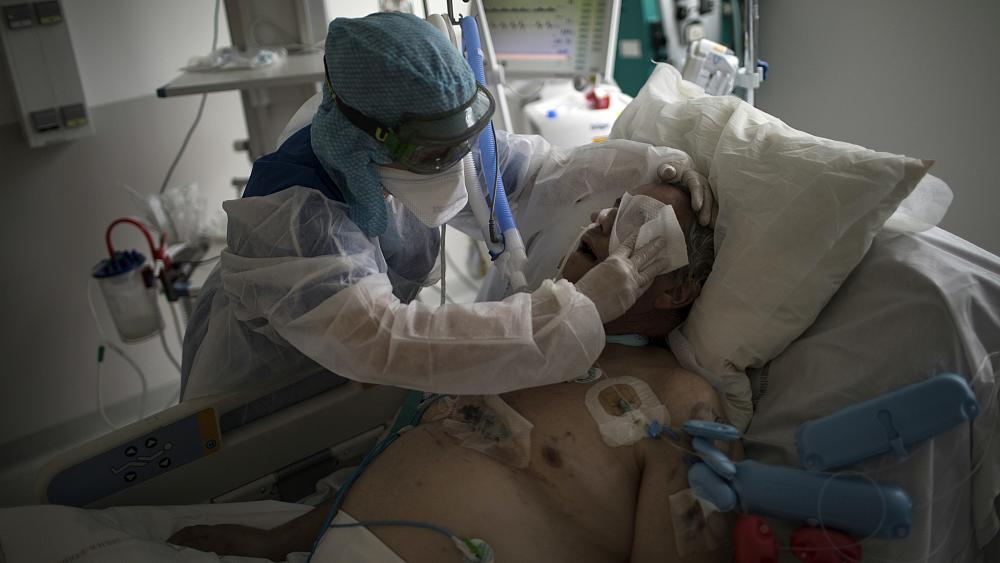 The number of confirmed COVID-19 cases in Europe rose last week ending a six-week decline, the World Health Organization (WHO) warned on Thursday.

More than one million new cases of the deadly virus were recorded last week across the 51 countries of WHO’s European region.

This represented a nine per cent rise on the previous week and “brought a promising six-week decline in new cases to an end,” Dr Hans Kluge, WHO Europe’s director, told reporters on Thursday.

The resurgence is particularly acute in central and eastern Europe, although several Western countries in which rates were already high, also registered a rise.

“Continued strain on our hospitals and health workers is being met with acts of medical solidarity between European neighbours. Nonetheless, over a year into the pandemic our health systems should not be in this situation,” Dr Kluge said.

He urged countries to “get back to basics” by increasing vigilance for variants, improving testing, contact tracing and isolation of cases and accelerating the roll-out of the vaccines.

The organisation flagged that the UK variant has been reported in 43 of the region’s countries while the South African and Brazilian variants have so far been observed in 26 and 15 countries respectively.

Additionally, 45 of the region’s 51 countries have started vaccinations.

“1.9% of the population in 40 countries and 24.5% of health workers in 20 countries, have received their completed vaccination series against COVID-19,” Dr Kluge detailed.

He stressed that the pandemic has “aggravated and shone a light on underlying structure; gender inequalities” and that confirmed cases are currently more common in females, who are more likely than men to work in health care professions, and young adults.

“Five weeks ago, out of the 1.3 million health workers that had been infected with COVID-19, 68% were women,” Dr Kluge highlighted.

He called on authorities to ensure that women take a greater part in local, regional and national decision-making on COVID-19 prevention and control.

He also reiterated calls for enhanced social support, prevention, early detection and treatment for women at risk of domestic violence.

Earlier this week, Dr Mike Ryan, WHO’s director for emergencies programme, said it was “unrealistic” to believe the pandemic will be over before the end of the year.

WHO chief, Dr Tedros Adhanom Ghebreyesus, also called for greater vaccine solidarity, saying it’s “regrettable that some countries continue to prioritise vaccinating younger, healthier adults at lower risk of the disease in their own populations ahead of health workers and older people elsewhere”.

The EU, the UK and the US have all planned for the bulk of their adult population to be vaccinated before the end of the summer.