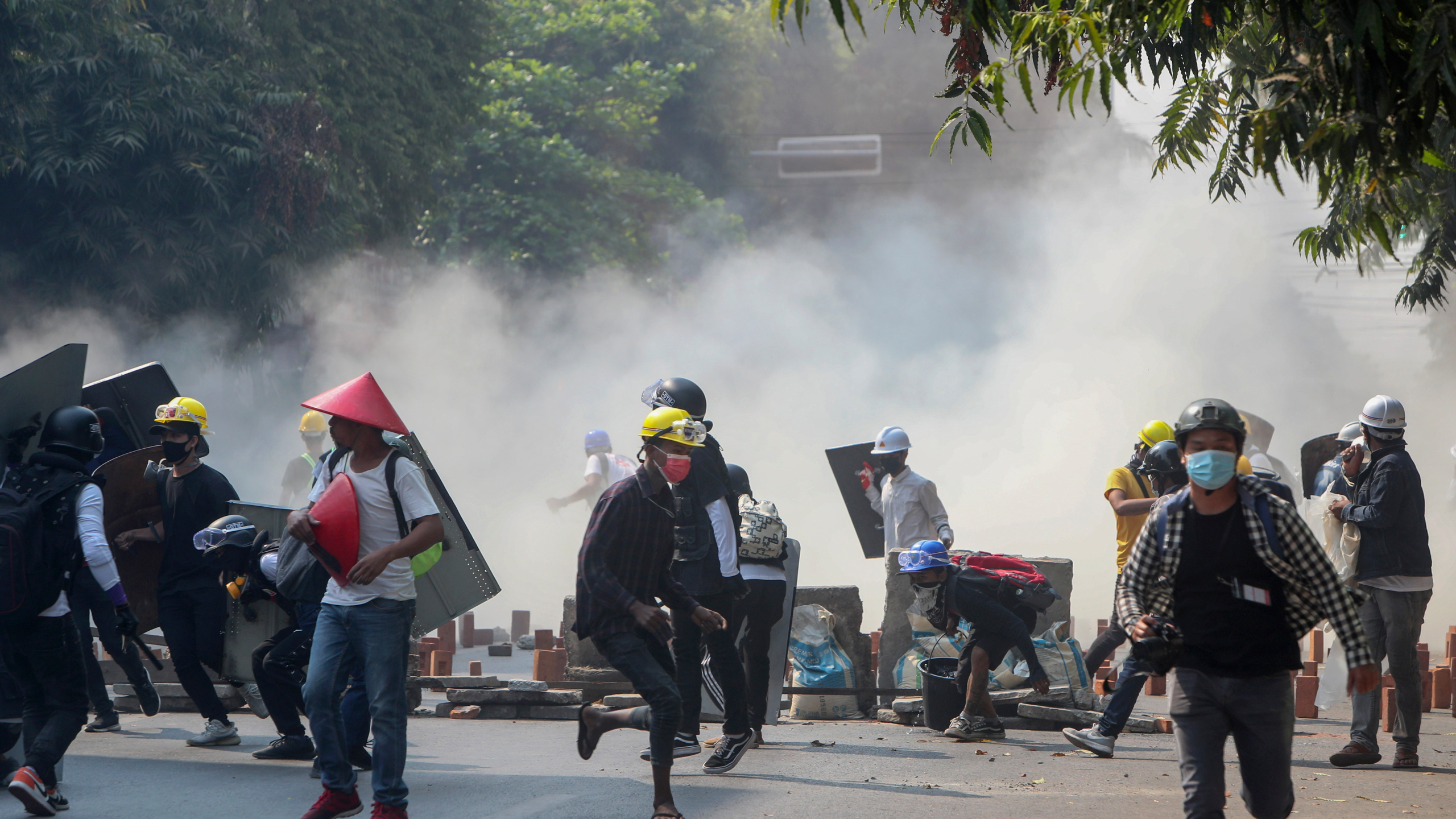 Myanmar security forces opened fire in several places on Wednesday to break up anti-junta protests, killing at least 18 people, according to a human rights group, a day after a regional diplomatic push to end the month-long crisis made little headway.

“As of now, so called military killed at least 18,” Ko Bo Kyi, joint secretary of the Assistance Association for Political Prisoners, said in a post on Twitter.

The heaviest toll was in the central town of Monywa, where five people were killed, according to Ko Thit Sar, editor of the Monywa Gazette.

“We’ve confirmed with family members and doctors, five people have been killed,” he told Reuters.

Four people were shot dead during a protest in Myingyan, a city in the central Mandalay division, according to medics. Another two protesters were killed during a demonstration in the heart of Mandalay city, said medics.

One of the victims in Mandalay was shot in the head and the other in the chest, according to a doctor, who asked not to be named.

“They fired tear gas, rubber bullets, and live rounds,” a volunteer medic on the scene told AFP, adding that at least 10 people were injured.

There were several witness accounts of security forces firing live bullets on protesters in Mandalay. “They opened fire on us with live bullets. One was killed, he’s young, a teenage boy, shot in the head,” Moe Myint Hein, who was wounded in the leg, told Reuters by telephone.

A spokesman for the ruling military council did not answer telephone calls seeking comment.

The scenes from Myingyan, a city in the central Mandalay division, were particularly gruesome with witnesses and local journalists reporting two deaths from gunshot wounds. Violence was also reported in Monywa, in the southern Sagaing region. There was no official confirmation of the reports.

“Oh my eyes, it hurts,” one woman in a teacher’s uniform shouted as she and other protesters scattered through a cloud of tear gas in the second city of Mandalay, according to a live video feed.

The Monywa Gazette reported five people were wounded when security forces fired live ammunition in that central town and there were also unconfirmed reports of firing and injuries in the two other central towns, Myingyan and Magway.

Security forces detained about 400 protesters as they broke up protests in Yangon, Myanmar Now reported. One activist said several protest leaders were among those taken away.

“We’re aiming to show that no one in this country wants dictatorship,” Salai Lian, an activist in Chin State, told Reuters.

At least 26 people have been killed since a military coup on February 1 ended Myanmar’s tentative steps towards democratic rule and triggered protests across the country and international dismay.

Myanmar’s military has also begun a crackdown against journalists and news photographers in recent days, with the Associated Press calling for the release of AP photographer Thein Zaw, 32, who was arrested on Saturday as he covered a demonstration in Yangon.

Thein Zaw and five other Myanmar journalists have been charged under a law against “causing fear, spreading false news or agitating directly or indirectly a government employee”.

ASEAN fails to unite behind calls for Suu Kyi’s release

The latest violence came a day after foreign ministers of members of the Association of Southeast Asian Nations (ASEAN) in a virtual meeting called for restraint but failed to unite behind a call for the military to release ousted government leader Aung San Suu Kyi and restore democracy.

“We expressed ASEAN’s readiness to assist Myanmar in a positive, peaceful and constructive manner,” the ASEAN chair, Brunei, said in a statement.

Myanmar’s state media said the military-appointed foreign minister attended the ASEAN meeting that “exchanged views on regional and international issues”, but made no mention of the focus on Myanmar’s problems.

The military justified the coup saying its complaints of voter fraud in the November 8 elections were ignored. Suu Kyi’s party won by a landslide, earning a second five-year term. The election commission said the vote was fair.

Junta leader Senior General Min Aung Hlaing has said the intervention was to protect Myanmar’s fledgling democracy and has pledged to hold new elections but given no time frame.

Singapore Prime Minister Lee Hsien Loong said on Tuesday in an interview the coup was a “tragic” step back for Myanmar and the use of lethal force by its security forces was “disastrous”.

ASEAN’s bid to find a way out of the crisis has drawn criticism from inside Myanmar, with concern it would legitimise the junta and not help the country.

“No more words, action,” activist Thinzar Shunlei Yi told Reuters in a message when asked about the ASEAN effort. She called for sanctions on businesses linked to the military.

Suu Kyi, 75, has been held incommunicado since the coup but appeared at a court hearing via video conferencing this week and looked in good health, a lawyer said.

She is one of nearly 1,300 people who have been detained, according to activists.

Ousted President Win Myint is facing two new charges, his lawyer, Khin Maung Zaw, said, including one for a breach of the constitution that is punishable by up to three years in prison.