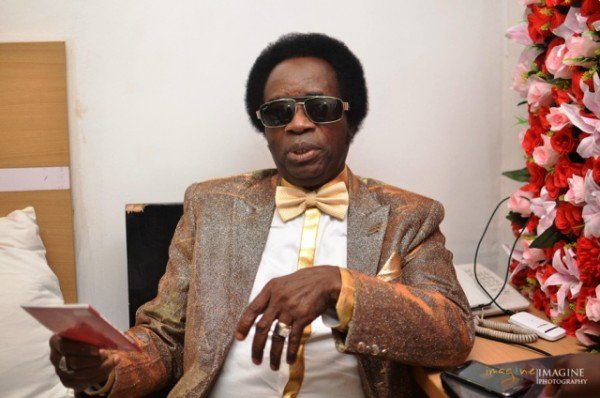 Sir Victor Efosa Uwaifo was born in Benin City , Edo State, Nigeria on the 1st of March 1941. He his popularly known by his stage name “Guitar Boy”.

He is recognized as the most educated performing music legend, he his also a writer, sculptor, a musical instrument inventor, A University lecturer in the Department of Fine and Applied Arts at the University of Benin, Benin City.

The Federal Government of Nigeria, in appreciation of his talents and contributions to Nigeria, honoured him with a National Honors Merit in 1983. He his the first professional musician in Nigeria to receive such an award. He is a Justice of the Peace and has served in many capacities. Uwaifo was also appointed as the Honorable Commissioner of Arts, Culture and Tourism and Member of the State Executive Council, the highest policy-making decision body in Edo State, 2001–03.

Uwaifo mixes the ancient culture of Benin Obas with highlife & a dash of rock and soul to form his style of music. Most notable of his songs are “ Joromi ” , “Guitar Boy ” and “Mami Water ” which he insists is the birth of an encounter with an actual “mami water” while lounging on Bar Beach in Lagos.

Apart from these evergreen works, he also has recent works which he has done, some with the top artists today including “Kirikisi ” which he featured Ice Prince , “ Tupepe” featuring 2Baba and then “ Bobozi“.