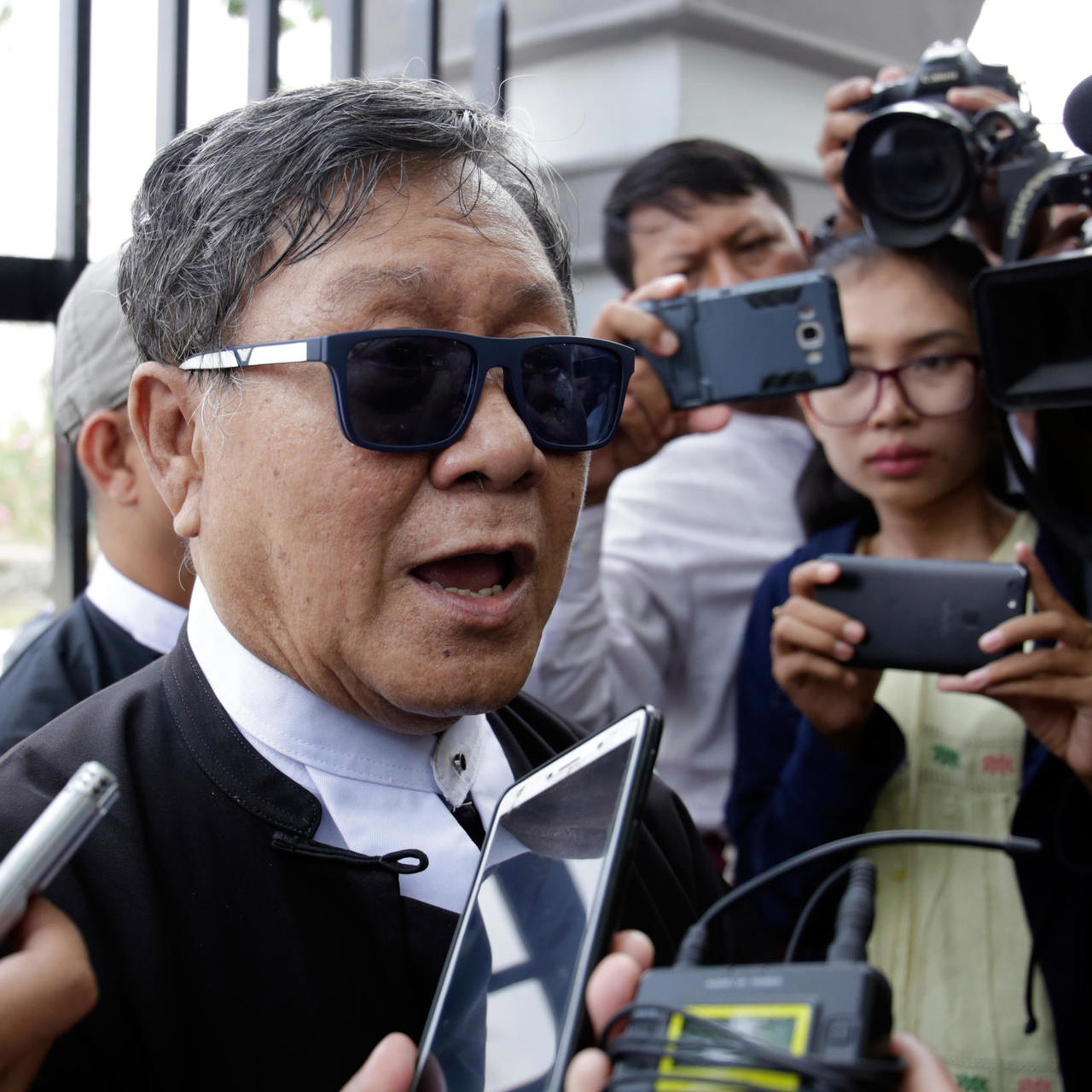 The new military regime has pledged to hold elections in a year, but for now the junta wields power over all the country’s political institutions — including its courts.

Khin Maung Zaw has been tasked with defending her from a pair of obscure charges for possessing unlicensed walkie-talkies and violating coronavirus restrictions.

“Myanmar is now at a crucial point of history,” the 73-year-old told AFP by phone from Naypyidaw, the country’s capital, while reflecting on weeks of nationwide protests demanding his client’s release.

“If we lose, we will become slaves of the military junta for 40 or 50 years. We have to win this battle.”

The junta has already taken action to purge the country’s top courts of potential Suu Kyi sympathisers, and Khin Maung Zaw’s brief is thoroughly stacked against him.

Despite several requests, he has still not been given permission to see his client ahead of her March 1 hearing.

“If I don’t get permission to meet with her for the hearing, I will let all the world know that the trial is not fair,” he said.

He has also stepped up his own safety precautions, due to “indirect pressures” passed onto him from relatives.

‘No reason to be afraid’

Born in 1948 in Pyinmana, a town now on the outskirts of the capital built by an earlier junta, Khin Maung Zaw says he’s used to threats from a powerful military.

He was first jailed at the age of 17 after protesting an earlier dictatorship for distributing the Universal Declaration of Human Rights around his university campus in Mandalay.

He was sent to the notorious Coco Islands prison, 400 kilometres (250 miles) off the coast of Myanmar.

He says it was the “equivalent of a gulag”. It was later demolished after inmates staged a hunger strike to protest the island’s dire conditions.

Released in 1972, he was arrested again three years later for joining student demonstrations. He has spent a total of nine years behind bars.

“I have no reason to be afraid for myself because I have weathered all these executions and repression,” he said.

Since the coup, authorities have steadily ratcheted up their use of force to contain the massive civil disobedience campaign sweeping the country.

Khin Maung Zaw is amazed by their drive, but fearful for their safety, with at least three anti-coup demonstrators killed so far.

“The spark has become a pyre fire,” he said. “In the past, when the military becomes desperate, they will do anything.”

Both men spent nearly 18 months in prison for reporting on atrocities against the country’s stateless Rohingya minority.

The case placed him at odds with the administration of Suu Kyi, who had defended the army’s attacks on the Rohingya community and, according to a US diplomat, once referred to the reporters as “traitors”.

But Khin Maung Zaw says he does not consider the “personal aspects” of the case, which were unimportant compared to the country’s efforts to avoid a return to military rule.

“I’m not representing Aung San Suu Kyi as a person — I am representing a publicly elected person under attack by the military forces,” he says.

“That is all in defence of democracy.”