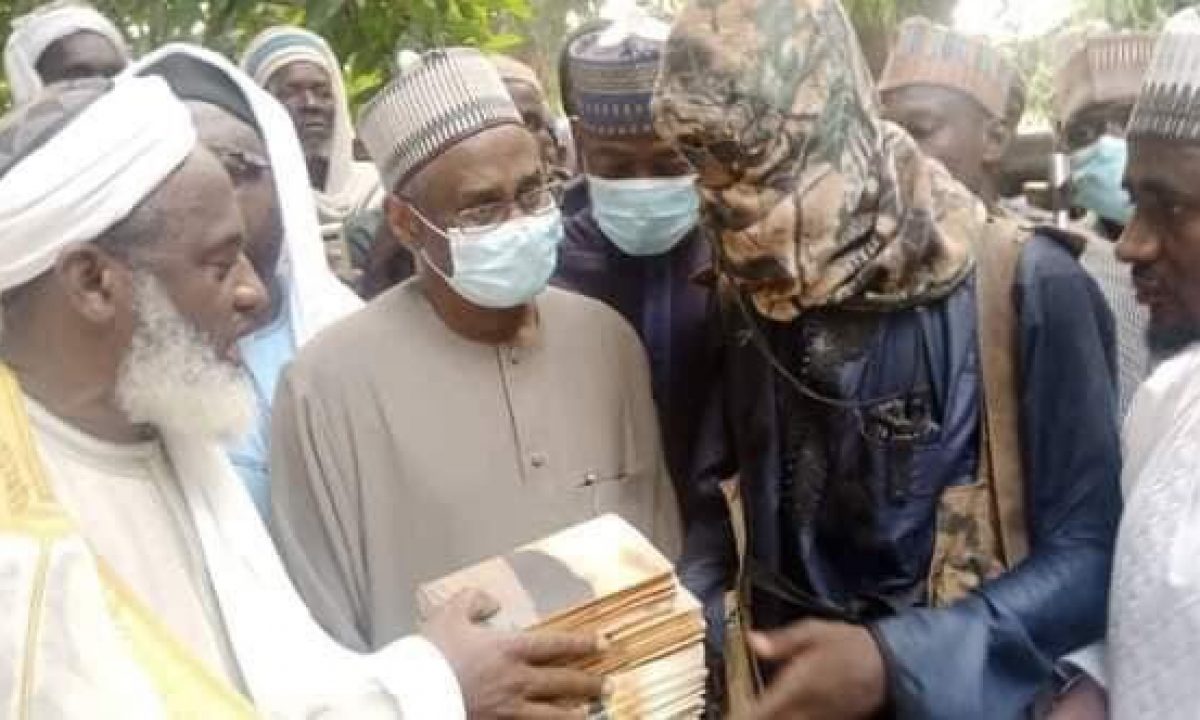 In early February, bandits in the forests of Shinkafi and Gummi Local Government Areas of Zamfara State received in person Sheikh Gumi and his entourage, a visit said to be to spread the message of Islam and peace to the Killer Fulani herdsmen in other to rid the nation of incessant killings and attacks on the innocent souls.

The Islamic scholar during the visit met with no fewer than 750 armed bandits.

Interacting with Gumi at one of their camps, a commander of the bandits who gave his name as Bello, said for them to subside in their activities; “the killings of our loved ones by security agents without due process of the law stop, as well as cattle rustling that denied most of us legitimate means of livelihood.”

Also conversing with Gumi, the top commander of the bandits in Makkai, Kachalla Turji expressed frustration at the government’s attitude towards them.

However, Gumi was quoted to have said to the bandits that they all have a legitimate concern and grievances, noting that since the Niger Delta armed militants were integrated by the Federal Government and are even in the business of pipelines protection, “the Federal Government should immediately look into how something like that will be done to the Fulani to provide them with reasonable means of livelihood including jobs, working capitals, entrepreneurship training, building clinic and schooling.”

Recall that some heavily armed bandits invaded the Government Science College in Kagara, Niger State, and abducted some students and staff of the school, a development that raised the eyebrows of residents in the state.

The bandits were reported to have walked the victims into the forest linking with Birnin Gwari forest of Kaduna Northwest. Reacting to the Kagara abduction, Sheikh Gumi on Wednesday promised to visit Kagara for an on-the-spot assessment of the situation.

Subsequently, the cleric visited the Tagina forest where he met with the bandits led by their head whose name is given as Dogo Gide. Gumi was said to have preached peace and unity to the bandits, assuring them of better attention in their livelihood.

Naija News understands that visiting bandit hideouts across the states has made Sheik Gummi’s name a news headline for a few weeks now.

The Islamic Scholar has appeared to know even more than the Nigerian army and other security agencies the hideouts of the bandits. Has received more attention with no chaos or bloodshed in all his visits.

This brings about the question, Is Sheikh Gumi now Nigeria’s mediator between bandits and peaceful citizens? Is he a ‘FRIEND’ of the bandits to restore peace in the North now?