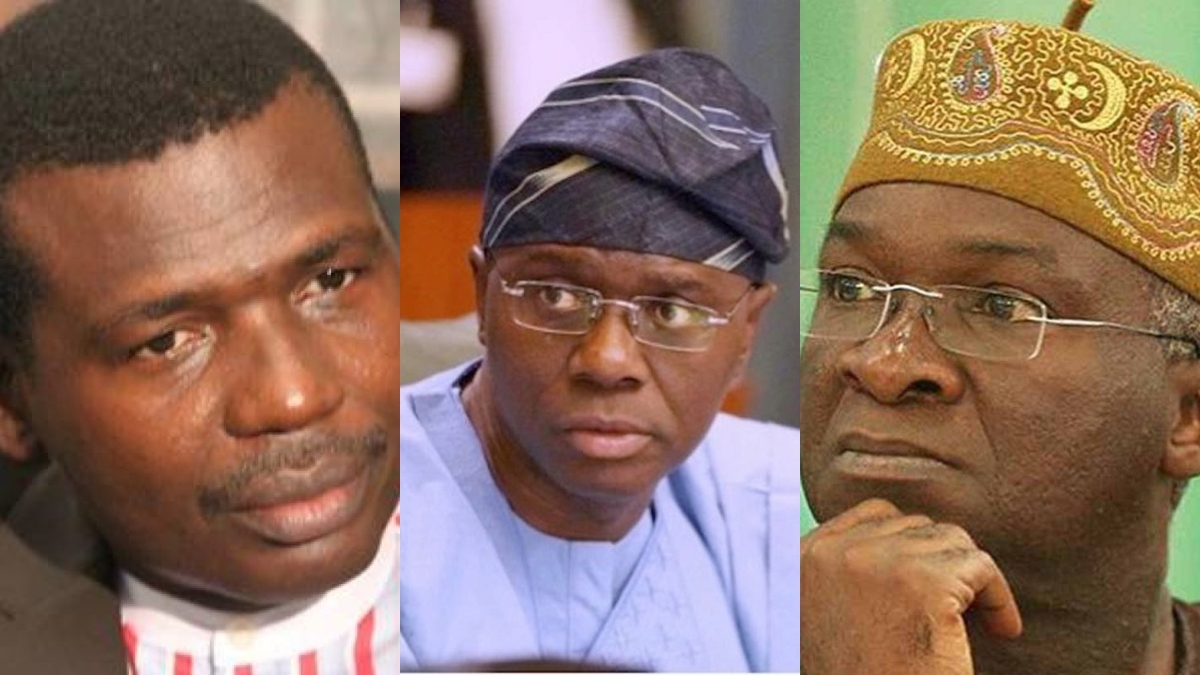 Ebun-Olu Adegboruwa (SAN), the representative of civil society on the Lagos State Judicial Panel of Inquiry probing the alleged killing of #EndSARS protesters by soldiers at the Lekki tollgate, has said the panel is yet to get the camera found by the Minister of Works and Housing, Mr. Babatunde Fashola.

Fashola on Sunday, October 25, 2020, discovered a hidden camera left on site at the scene of the Lekki toll gate shootings during the #EndSARS protests in Lagos State.

Fashola discovered the camera during an on the spot assessment carried out by him and some other Ministers and Governors from the South-Western States.

He subsequently gave the camera to Lagos State Governor Babajide Sanwo-Olu, who promised to hand it over to the judicial panel.

But Adegboruwa revealed that Governor Sanwo-Olu is yet to be handed over the panel as promised.

He said this in a copy of his dissenting opinion delivered on an application by Lekki Concession Company to take over toll plazas one and two for insurance claims and to maintain security threat made available to The PUNCH.

According to the Senior Advocate of Nigeria, the Lagos State Government and the Chief Pathologist of the state were also yet to appear before the panel.

He said, “The Lagos State Government has been summoned by the Panel and it is yet to appear, to offer its own testimony of the accounts of 20th October, 2020. The Governor of Lagos State in an open broadcast, promised to hand over a camera picked up by the Honourable Minister of Works and Housing, Mr. Babatunde Fashola, SAN, to the Panel. That has not happened. The Nigerian Army made very serious allegations against the Lagos State Government during its testimony, on the incident at the Lekki Toll Plaza, which are yet to be responded to.

“Allegations have been made against the company responsible for the Bill Boards at the Admiralty Toll Plaza, as to who did and why electricity was switched off on 20th October, 2020, prior to the invasion by the Army. The company is yet to appear before the Panel.

“Summons have been issued for the appearance and testimony of the Chief Pathologist of Lagos State, to appear and to tender autopsy reports of deaths and CCTV footages of all mortuaries in Lagos State, from 20th October, 2020. They are yet to appear before the Panel.”