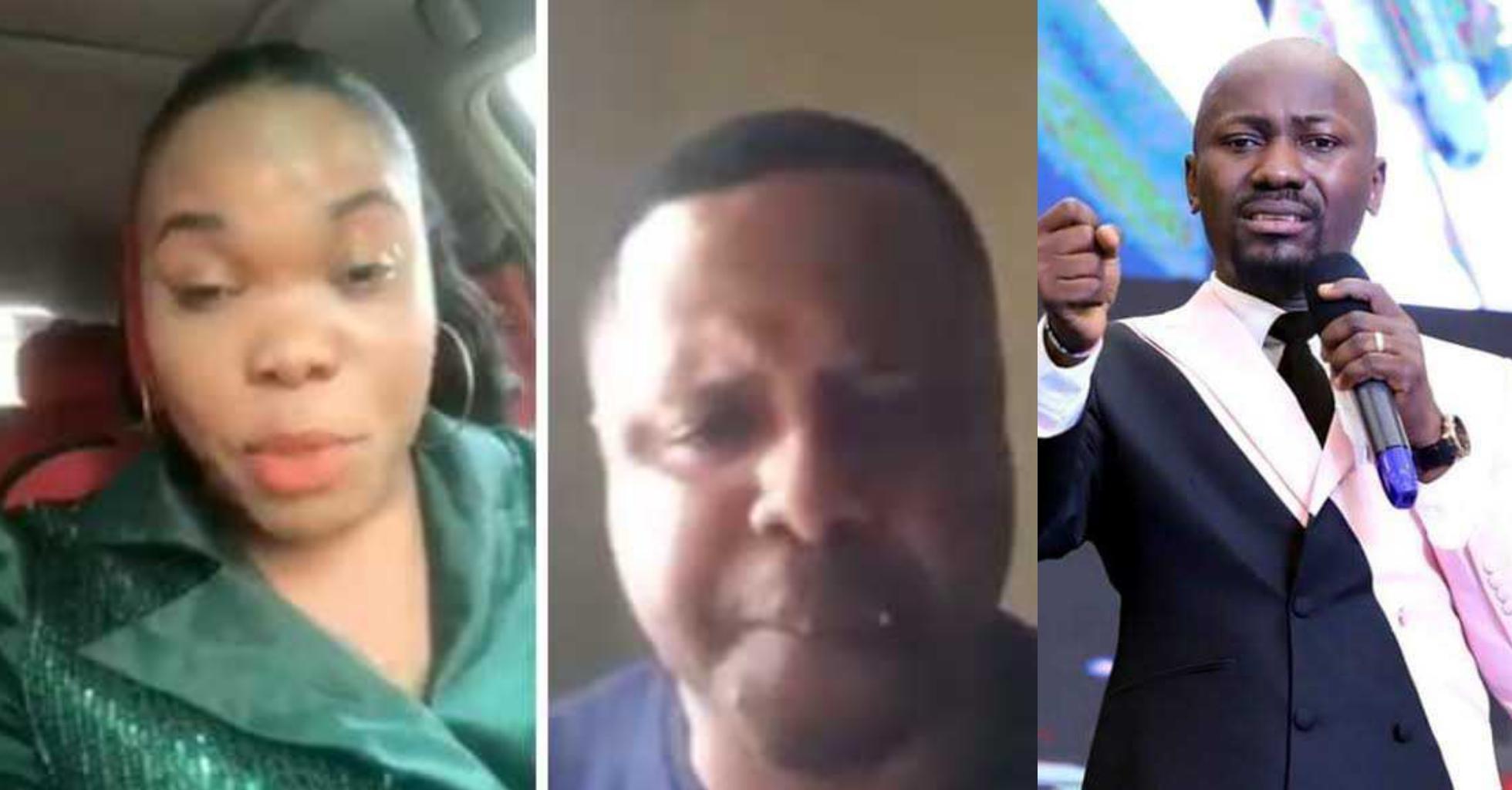 Apostle Johnson Suleman has dragged another pastor to court for accusing him of sleeping with his wife.

Pastor Mike Davids has been sued for N5 billion by Apostle Johnson Suleman.

Suleman is the Senior Pastor and General Overseer of Omega Fire Ministries International while Davids is also a former pastor of the church.

He had accused Suleman of sleeping with his wife.

Apostle Suleman, through his legal team led by Osa Director Esq, For: Osa Director And Co, is launching a 5bn suit at the Lagos State High Court, Ikeja, against Pastor David for “conspiracy to blackmail and defamation of character.”

In a statement to newsmen on Friday, the man of God, through his legal team, also revealed that the Inspector-General of Police, IGP, Mohammed Adamu has, in a suit with Number: FHC/ABJ/CS/115/2021, also approached the Federal High Court in Abuja, seeking to arrest Pastor Davids over petition of alleged blackmail, defamation and threat to Apostle Suleman.

The statement said pastor David, who was expelled from the ministry since 2018 for “acts inimical to the body of Christ has for the past six years been attempting to blackmail Apostle Suleman.”

It said, “He constantly threatened and boasted that he will bring down Apostle Suleman and Omega Fire Ministries down, of which our client has audio and video evidence to expose his threats and blackmail,”

“It has come to our knowledge that one Mike David has purportedly filed a law suit against our client, Apostle Johnson Suleman and seeking two billion naira as damages for allege interference in his marriage which has since been dissolved a few years ago.

We are yet to be served with any court process. However, our client has refrained from joining issues with the said Mike David as his utterances are mere hallucinations of a man on the fringes of lunacy and desperation to survive.

For the record, Mike David was a pastor in our client”s church but expelled since 2018 for acts inimical to the body of Christ. He has for the past six years been attempting to blackmail Apostle Suleman. He constantly threatened and boasted that he has materials in his possession to embarrass Apostle Suleman with and his recent video allegations is one of such materials and tools of blackmail.

Inshort, he has been boasting that he will bring down Apostle Suleman and Omega Fire Ministries down, of which our client has audio and video evidence to expose his threats and blackmail. The matter was reported to the Nigerian Police Force.

Consequently, the Inspector General of Police has approached the Federal High Court in Abuja in suit No: FHC/ABJ/CS/115/2021 seeking the arrest and detention of the said Mike David.

Also, Apostle Suleman is instituting a law suit against Mike David at the Lagos State High Court in Ikeja seeking Five Billion Naira damages for conspiracy to blackmail and defamation of character.

As believers in the rule of law and judiciary, we hope justice will be served and clearly so at the end of the day,” the statement concluded.