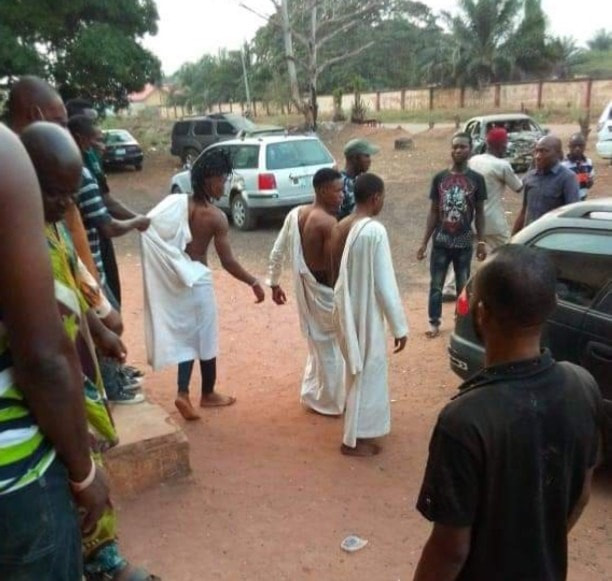 Three suspected ritualists have been nabbed while attempting to use a little girl for money ritual.

Three men who tried to use a little girl for money ritual have been apprehended.

The incident it was gathered happened in Igueben Local Government Area of Edo State.

“WATERLOO. Three strange young men caught in Idumeka, Igueben trying to use a girl for ritual” he wrote.