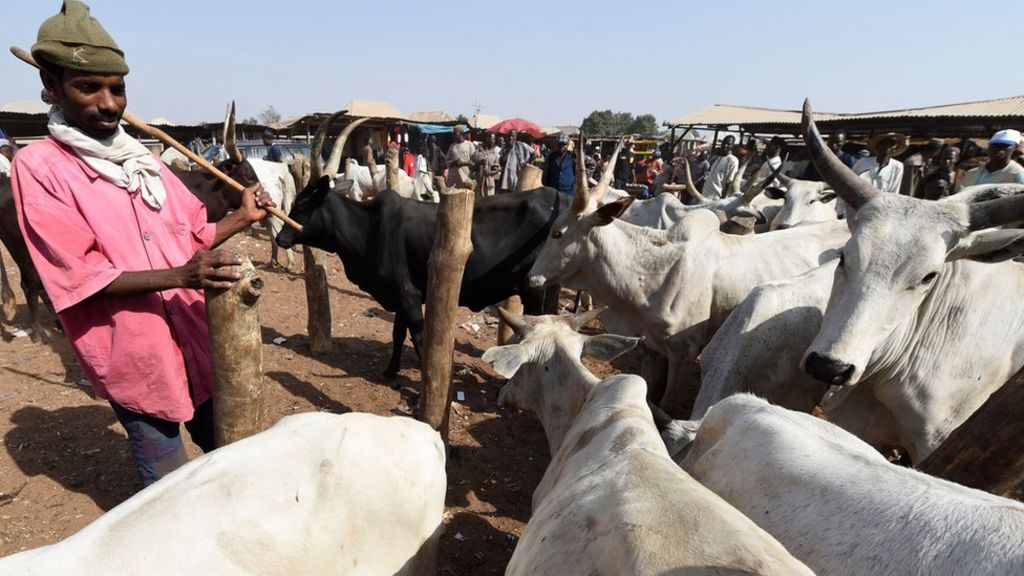 Southwest states are on red alert following the expiration of the quit notice given to herders by Ondo State Governor Rotimi Akeredolu.

The notice for the herders to vacate the Reserve Forest expired on Sunday.

To prevent the herders from moving to their states, the Amotekun operatives have been put on stand-by in Osun and Ekiti states, it was learnt.

Another evidence of the fragile security situation in Ondo State was on display on Sunday when people suspected to be herders shot several times at former student leaders on a visit to Adekunle Ajasin University in Akungba Akoko.

The Commanders of Amotekun Corps in Osun and Ekiti told The Nation that there will be no safe haven for relocating herders in the states.

Osun State Corps Commander, Gen. Bashir Adewinbi said the outfit was aware that those herders given quit notice in Ondo might choose the forests in Osun as their next settlement.

He said Amotekun and other security outfits had been put on red alert to ensure that the forests don’t harbour the herders.

Gen. Adewinbi said Amotekun Corps in the six Southwest states were determined to ensure peace and security in the region.

He said: “We are working in collaboration with all the Amotekun commands in the Southwest. We are networking and our security intelligence is aware of the quit notice issued to herdsmen in Ondo State. We are doing everything possible to make sure that Osun State forests or any part of the state do not become a place where anybody can come to hide or reside.

READ  Onitsha fire: We’ve not seen Obiano since our goods were destroyed – Traders

“Nowhere is safe in the Southwest. We have to be vigilant and security conscious. We are aware of this and we are working in collaboration with other Amotekun commands to secure lives and properties.

“We are monitoring the activities of herders who may attempt to invade Osun forests. Osun State will never be another place for them to settle down. We are aware of this and our people are on the red alert to make sure they don’t come and hibernate here.”

He said following the recent kidnapping along the Ilesa – Akure Expressway, the Amotekun Corps, hunters, the Oodua Peoples Congress (OPC) and other agencies had been deployed in strategy locations.

“We arrested about eight kidnap-suspects and our men are still keeping vigil in the area,” he said.

The Ekiti State Security Network (Amotekun Corps) expressed readiness to nip in the bud possible influx of herders into the state.

Corps Commander Brig.-Gen Joe Komolafe (rtd) warned criminals masquerading as herders to steer clear of the state or meet their waterloo, saying Amotekun was battle ready to resist any form of external aggression.

Gen. Komolafe gave the warning in a telephone chat with our reporter in Ado-Ekiti, following fears that herders might relocate to Ekiti following their expulsion from Ondo State Forest Reserves.

According to him, security has been beefed up in the state to prevent any incursion, adding that his men had been deployed in strategic points to protect lives and properties.

Gen. Komolafe said: “We are battle ready for them. There is no hiding place for criminals in Ekiti. It is something we expect that may happen. If they told them to leave and they are coming, they will meet us.

“We have emplaced water tight security across the length and breadth of Ekiti purposely to curtail them and ward off any form of external aggression.

“Currently, we are dominating our buses. If they come they will meet us. We are daily combing all nooks and crannies of the state to nip any manner of crime in the bud.”

He called on the people, especially those living in boundary communities to furnish security agencies with information on any strange movement their neighbourhoods.

When informed that the PPRO, Chidi Nwabuzor, a Superintendent of Police, had been called twice without picking calls, CP Ogbadu declined further response.