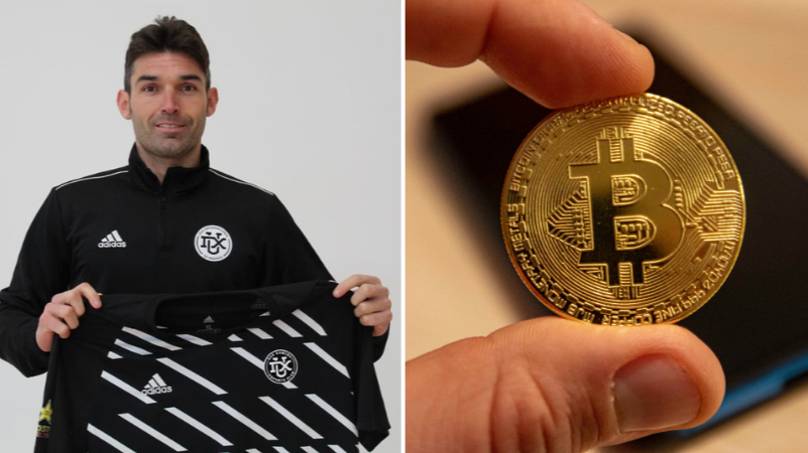 An ex-Real Madrid player has made history by becoming the first footballer to be bought with bitcoin.

David Barral has made history in the world of football by become the first player to be bought with bitcoin, a virtual currency.

The history was made after the former Real Madrid striker was bought by Spanish third division side, DUX Internacional de Madrid, simply known as Inter Madrid.

The 37-year old revealed that the deal was made possible after teaming up with the club’s new sponsor, Criptan that deals in cryptocurrency who funded the deal entirely through the virtual currency.

Inter Madrid who are part of DUX gaming, eSports club owned by footballers Borja Iglesias and Real Madrid star, Thibaut Courtois, is yet to disclose the total value of the deal.

The Segunda Division B club went to Twitter to welcome their new signing and thank their sponsor.

“David Barral new player of DUX Internacional de Madrid, welcome to the infinite club! He becomes the first signing in history in cryptocurrencies. Thanks to Criptan, our new sponsor, for making it possible,” the club tweeted.

The 37-year-old, who made over 50 appearances playing in the Real Madrid reserve side, expressed his delight at his latest move. Barral has also played for Spanish La Liga clubs Sporting Gijon, Levante, and Racing Santander.

“Glad to join the project of @interdemadrid with eager ambition and responsibility to continue competing and achieve important challenges in my sports career,” he wrote on his official Twitter handle.