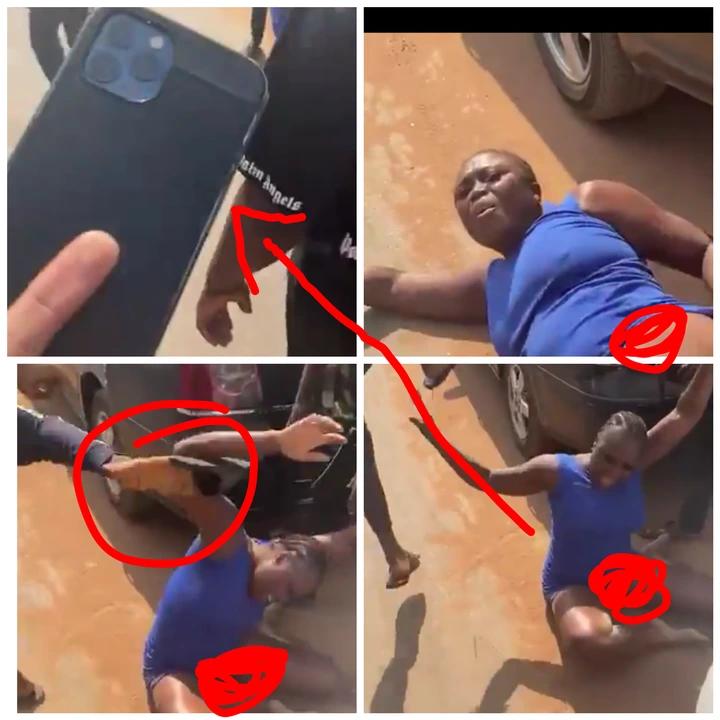 A woman has been given the beaten of her life after being accused of stealing an expensive phone.

A Nigerian woman has been disgraced in public after she was allegeldy caught stealing iPhone 12.

In a video circulating on social media, a group of angry men could be seen assaulting the lady after accusing her of stealing.

The viral video lasted for 2 minutes and it showed how badly she was beaten by the angry men after they found the missing phone on her.

The phone was returned back to the owner but the lady wasn’t spared as the angry men descended on her with whips, kicks and punches.

She was kicked on the head several times, beaten badly and dragged. The lady pleaded with them to stop beating her but they refused.

Instead of handing her over to the police, these men beat her up badly and injured her.

See What 5 Men Did To This Lady In Public, for stealing iPhone 12. pic.twitter.com/1WTUVPbB3w