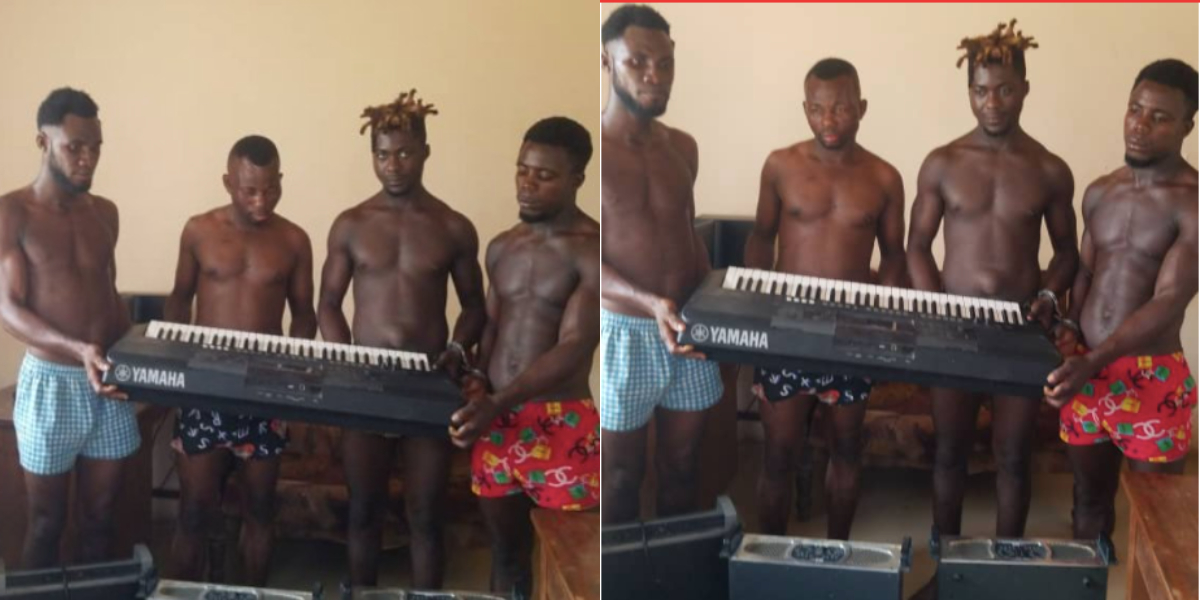 Ghana Police officers have arrested four middle-aged men who conspired to cart away musical gadget from a Church.

They were said to have burgled into an Assemblies of Church and Open Bible Church in the Akyem Ofoase community in the Eastern region of Ghana and looted the churches piano and amplifiers.

Akyemansa District Police Commander, DSP Ransford Nsiah who confirmed the development to newsmen today, said the suspects were arrested after taking the stolen appliances to Akyem Oda to sell them.