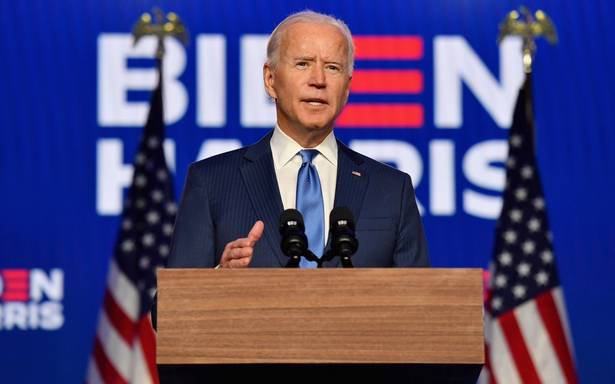 Here is a list of Nigerians appointed by the President-elect of the United States to serve in his government.

Three outstanding Nigerians have been given the honour to work with US President-elect, Joe Biden after he appointed them to occupy various positions in his government.

The three Nigerians will start work when Biden is sworn-in on Wednesday, 20 January, 2021. She was General Counsel of the House Select Subcommittee on the Coronavirus Crisis, chaired by House Majority Whip James E. Clyburn. Her prior government service, according to buildbackbetter.gov, includes serving as Counsel for Policy to the Assistant Attorney General in the Civil Division of the U.S. Department of Justice, Ethics Counsel at the White House Counsel’s Office and Attorney Advisor at the Administrative Conference of the United States during the Obama-Biden administration. Olorunnipa Badejo began her legal career as an associate with the law firm of Manatt, Phelps & Phillips, LLP and was Legal Counsel at Palantir Technologies Inc. She is a graduate of the University of California, Berkeley, School of Law, Harvard University’s John F. Kennedy School of Government, and the University of Florida. Originally from Florida, Olorunnipa Badejo lives in Washington D.C. with her husband and son. He will serve in Biden’s cabinet as Deputy Treasury Secretary. He was senior international economic adviser in the Barack Obama administration.

Adeyemo was born in Nigeria in 1981. He however grew up in California. He migrated to the United States with his parents, as a baby. His father, as published by the Pulse, was a teacher and his mother was a nurse. Adeyemo and his younger brother and sister grew up sharing a room in a two-bedroom apartment.

Adeyemo, 39, has extensive experience working at the Treasury Department during the Obama administration, when he was a Senior Adviser and Deputy Chief of Staff. Adeyemo was also Obama’s chief negotiator for the macroeconomic policy provisions of the Trans-Pacific Partnership, and served as the first Chief of Staff of the Consumer Financial Protection Bureau. After serving as Senior Adviser for two years at BlackRock, he joined the Obama Foundation in 2019 as its president. He currently sits on the boards of Golden State Opportunity Foundation and Aspen Strategy Group, among others.

He was an editor for the Hamilton Project at the Brookings Institution from 2008 to 2009.

Adeyemo is a graduate of the University of California, Berkeley and Yale Law School.

At Yale, he was the co-director, project on law and education. Osaremen Okolo, 26, a Nigerian American, is among those who will work with Biden. She was appointed as COVID Policy Advisor and a member of the COVID-19 Response Team.

Okolo serves on the Biden-Harris Transition domestic policy team and before this, she was Senior Health Policy Advisor to U.S. Representative Jan Schakowsky of Illinois.

According to media reports on her: “Okolo drafted, negotiated, and managed the Congresswoman’s legislation, oversight, and policy across a comprehensive health care and public health agenda, most recently focusing almost exclusively on the COVID-19 pandemic.

Previously, Okolo served as Legislative Aide for Health Policy on the U.S. Senate Committee on Health, Education, Labor, and Pensions (HELP) for Ranking Member Patty Murray of Washington. A daughter of Nigerian immigrants, Okolo was born and raised in Massachusetts and graduated from Harvard College.”