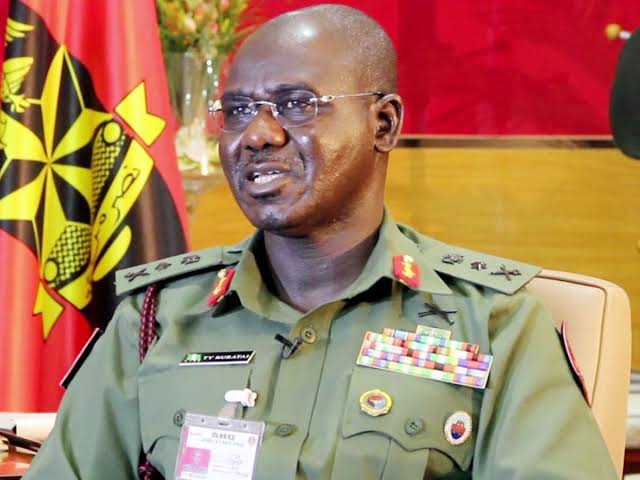 The Nigerian Army has redeployed senior military officers in a move to rejig the various security operations being carried out by the armed forces.

A statement on Saturday by the Director, Army Public Relations, Brig. Gen. Sagir Musa, said the posting which takes effect from January 18, was approved by the Chief of Army Staff, Lt. Gen. Tukur Buratai, and was intended to “reinvigorate the system for greater performance and effectiveness.”

Maj. Gen. A. Bande is to remain as General Officer Commanding 8 Division Sokoto while Maj. Gen. E. Akerejola was moved from Army Headquarters Department of Logistics to Nigerian Army School of Supply and Transport, Benin as Commandant.

The exercise also affected Maj. Gen. O. Azinta from Defence Space Agency, Abuja, as he was moved to the Defence Headquarters as Director, Psychological Warfare; Maj. Gen. A. Dauda was moved from National Defence College, Abuja, to Army Headquarters Department of Policy and Plans and appointed the Director Policy.

Maj. Gen. A. Dusu from Army Headquarters, Department of Policy and Plans was appointed the Commandant, Nigerian Army School of Artillery, Kachia, while Maj. Gen. H Ahmed of the Nigerian Army Corps of Military Police maintained his position as the Provost Marshal.

Others include Maj. Gen. T Gagariga who was redeployed from the Nigerian Army School of Artillery, Kachia to Defence Space Agency, Abuja, and appointed as the Deputy Chief of Defence Space Agency; Maj. Gen. J. Iwara from Army Headquarters Department of Standard and Evaluation was posted to the Department of Army Logistics and appointed Director of Logistics Planning.