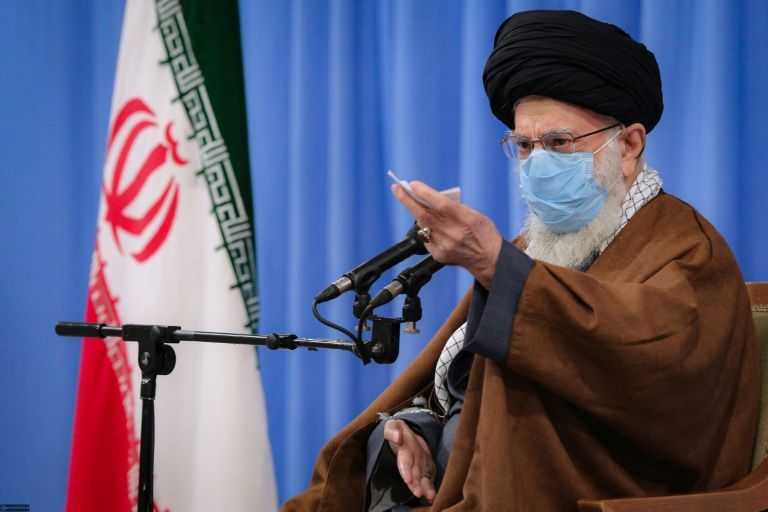 Foreign companies will not be allowed to test Covid-19 vaccines on the Iranian people, President Hassan Rouhani said on Saturday, one day after the country’s supreme leader banned the import of UK- and US-produced jabs and said they were “completely untrustworthy”.

“Foreign companies wanted to give us vaccines so they would be tested on the Iranian people. But the health ministry prevented it,” Rouhani said in televised remarks, without naming the companies or giving further details.

“Our people will not be a testing device for vaccine manufacturing companies,” he added. “We shall purchase safe foreign vaccines.”

Supreme Leader Ayatollah Ali Khamenei, Iran’s highest authority, had said on Friday the US and Britain were “untrustworthy” and possibly sought to spread Covid-19 to other countries.

Khameini tweeted Friday: “Importing vaccines made in the US or the UK is prohibited,” accompanied by the hashtag #CoronaVaccine.

Twitter removed the tweet and posted a message saying it had violated the platform’s rules against misinformation.

Responding to the supreme leader’s move, the World Health Organization’s emergencies director Michael Ryan stressed that the world body had made repeated calls to “not politicise this virus”.

Escalating tensions with US

Iran has reported more than 1.2 million cases of the novel coronavirus, which have caused over 56,000 deaths.

It has accused arch-enemy the US of hampering its access to vaccines through a tough sanctions regime.

While food and medicine are technically exempt from the measures, international banks tend to reject transactions involving Iran.

Rouhani said last month that Washington had demanded that Tehran pay for the drugs through US banks, adding that he had feared the United States would seize the money.

The pandemic came on top of months of escalating tensions between Tehran and Washington, after US President Donald Trump unilaterally withdrew from a 2015 treaty on Iran’s nuclear programme and reimposed suffocating sanctions.

In March last year, Khamenei rejected an offer by Trump to help with the pandemic, saying he did not trust the intentions of the US, Iran’s “most vicious” enemy.

Iran last month launched clinical trials of its own Covid-19 vaccine developed inside the Islamic Republic, the Middle Eastern country hardest hit by the pandemic.

The Iranian Red Crescent said Friday that US-based Iranian scientists had been planning to send 150,000 doses of the BioNTech/Pfizer vaccine to Iran, but that the delivery had been cancelled following Khamenei’s comments.

“A million doses of the vaccine were meant to have been delivered to the Red Crescent” via a third country, it said in a statement widely reported in local media.

Khamenei claimed in a televised address Friday that “if the Americans were able to produce” a trustworthy vaccine, “the coronavirus catastrophe wouldn’t have happened in their country”.

That was a reference to a scandal in the 1980s in which blood infected with HIV was distributed in France, and later abroad, even after the government became aware of the problem.

Hundreds of people in Iran were among those infected.

France’s then prime minister Laurent Fabius was charged with manslaughter but acquitted in 1999, while his health minister was convicted but never punished.