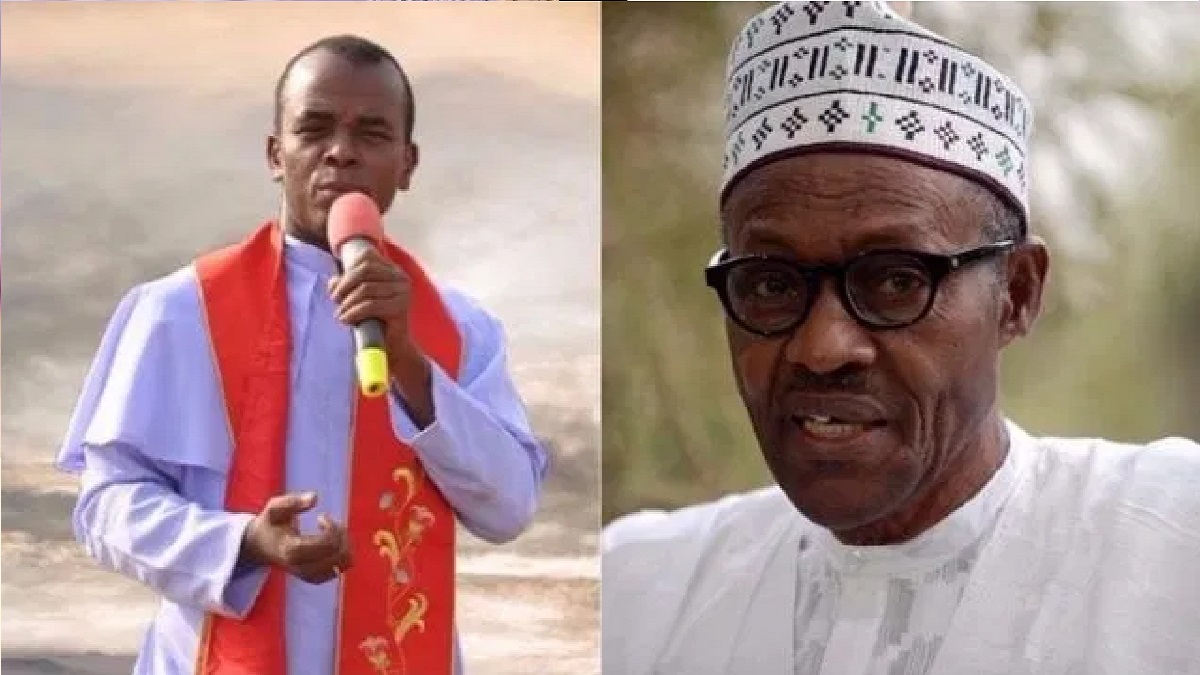 The cleric called on the All Progressives Congress government to urgently create jobs and innovate opportunities that would benefit Nigerians.

The cleric spoke during the 2020 edition of his popular annual December 31 Crossover Night tagged, ‘Cornucopia of New Miracles from God”.

According to Mbaka, he got a call to warn the Buhari government “to be very careful,” and change its policies to accommodate the youths without politicising their condition.

“That the government should rise and urgently create jobs and innovate opportunities that would benefit the youths of the nation because they have suffered so much.”

“Don’t politicise the condition of the youths, otherwise, they will arise and end the political system,” Mbaka said.

Mbaka warned that the anger of God will soon fall on the government as there may be another protest from the youths.

He said: “I can see a year ahead; it is not specified whether it is in 2021 that this will happen, but it is within a time in the time of life, that the anger of God will befall many people in the political circle because they have looted so much and disgraced this nation enough.”

Mbaka said that those who should be working to save the country have continued to loot it dry.

The cleric pointed out that politicians in the country had for long busied themselves in “packing the nation’s commonwealth.”

Recall that the cleric recently said that God was angry at the Buhari-led government for failing to address the numerous challenges facing the country.

He called on Buhari to apologise to Nigerians for leadership errors of the current government and that of past governments.

Meanwhile, Pastor Adewale Giwa of the Awaiting The Second Coming of Christ Ministry, has said that President Muhammadu Buhari will be better off as Nigeria’s president for the 3rd term than Bola Tinubu as president in 2023.

The clergyman condemned those clamouring for the former Lagos State governor to succeed the incumbent president.