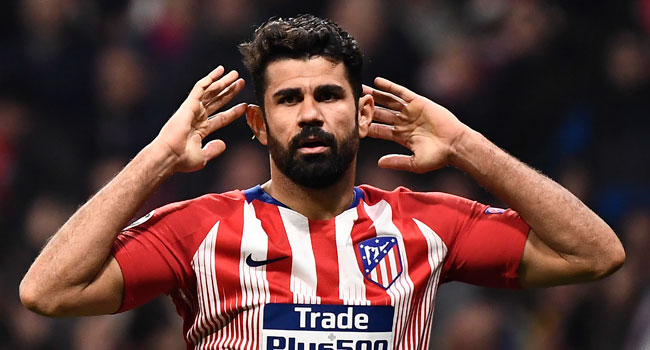 Former Spain and Chelsea striker Diego Costa’s contract with Atletico Madrid was terminated on Tuesday, six months before it was scheduled to end.

“Atletico de Madrid and Diego Costa have reached an agreement for the termination of the striker’s contract, which was to end on June 30, 2021,” the club said in a statement.

The 32-year-old Brazilian-born forward, who has been capped 24 times by Spain after twice appearing in friendlies for the country of his birth, had asked to leave the club for “personal reasons”.

“The club thanks Diego Costa for his dedication during these years and wishes him well in the next stage of his professional career,” the club said.