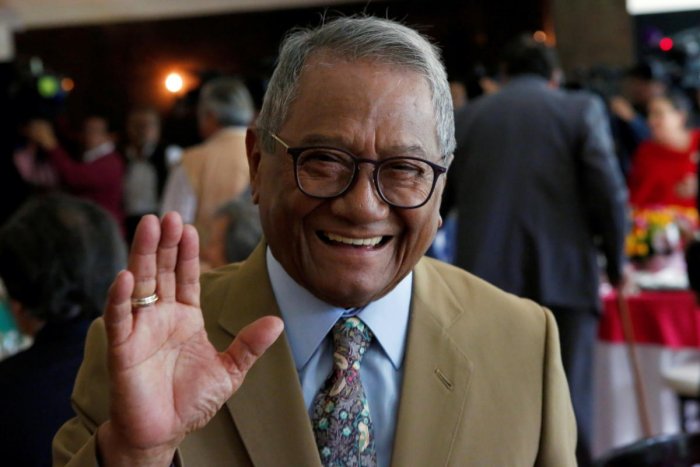 Mexican singer-songwriter Armando Manzanero died Monday at the age of 86 after being hospitalized with the coronavirus, sparking an outpouring of tributes for one of the country’s best-loved musicians.

The composer of romantic Latin ballads, who became the first Mexican to receive a Grammy lifetime achievement award in 2014, suffered a cardiac arrest, his publicist told AFP.

Manzanero’s songs are known across Latin America and have been covered or adapted by international stars including Frank Sinatra, Christina Aguilera, Andrea Bocelli and Elvis Presley.

The artist was admitted to hospital on December 17 and later intubated, although news from his entourage over the weekend that his health was improving had sparked hope that he would beat the virus.

A visibly moved President Andres Manuel Lopez Obrador cut short his daily news conference on Monday after showing a video of Manzanero performing one of his best-known songs, “Adoro”.

He hailed the musician, who also received a Latin Grammy lifetime achievement award in 2010, as “a great composer, one of the best in the country.”

Manzanero was born in the southeastern city of Merida on December 7, 1934, although his birth was only registered a year later.

He recorded around 30 albums and some 400 songs over a career spanning six decades.

The songwriter, who was proud of his indigenous Mayan roots and known for his elegant suits, married five times and had seven children.

Mexico has registered more than 122,000 coronavirus deaths — the world’s fourth highest toll after the United States, Brazil and India.