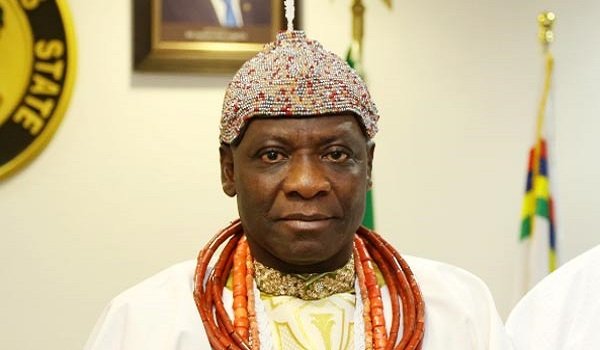 Maleghemi, at a news conference in Warri on Tuesday, described reports of the first-class monarch’s passage as speculative.

He said the Ologbotsere of Warri Kingdom, Chief Ayiri Emami, would brief the public subsequently on further developments.

A statement he made available to reporters reads: “The attention of the Palace of His Majesty, Ogiame Ikenwoli, the Olu of Warri, has been drawn to news/social media speculations announcing the sudden demise of His Majesty.

“We wish to notify the general public that His Majesty is indisposed and currently receiving medical attention by a team of qualified medical specialists.

“Any further information on the subject would be made known to the general public by the office of the Traditional Prime Minister of Warri kingdom, Chief Ayirimi Emami, the Ologbotsere of Warri Kingdom.”

But a reliable Itsekiri leader, with deep knowledge of the workings of the Aghofen (Palace) told The Nation that the monarch died on Sunday in the presence of a notable Warri-based medical doctor.

Read Also: Uneasy calm over Olu of Warri Ogiame Ikenwoli’s death
He said that the statement debunking reports of the Olu’s death merely conformed with the Itsekiri tradition of not announcing a monarch’s death immediately it occurs.

The source said: “I am not even aware that the Olu is not dead. In fact, he can never die; he merely transits from one form to the other.

“Having said that, let me state that you do not announce the passage of a monarch of the Olu of Warri’s status like that of an ordinary person. There are processes, rites and methods that must be deployed before this can be done officially.”

The source who asked not to be named, clarified that it could take up to three months before the death of Ikenwoli would be announced.

He added: “By then, the face of his successor would be known and all the traditional rites would have been performed or at the process of being performed. This will culminate in the breaking of the hearten pot at Ode-Itsekiri (Big Warri).”

Another knowledgeable source in the kingdom said that one of the late monarch’s sons or any of the past Olus’ children are qualified to succeed Ikenwoli.

“The general family will sit down and pick any of his children, who is qualified as his successor. If his first son is qualified by birth, he stands a good chance, but it is not automatic,” the source added.

It was further learnt that the family can only present a prince born by either Itsekiri or Bini as candidate.

He said: “Even after that, the candidate must be acceptable by the oracle before the family presents him to the Ologbotsere and Ojoye-in-Council (council of chiefs), who on their own, would also consult the oracle to ascertain his acceptance.

“It is a very painstaking process that requires patience and care. This is why you do not announce a successor until everything is in place. You cannot announce the death until the family and oracle have chosen a successor.”

In spite of the denial by the Palace, the news of the monarch’s passage generated concerns, debate, and postulations in Itsekiri enclaves of Ugbori, Ugbuwangue, Ubeji, Omadino in Warri, and other communities.

Some people expressed concerns about what Olu’s death portends for the kingdom while others were hopeful that the report would turn out as untrue.

One of them said: “Markets are still open and ceremonies have not been stopped. The closure of markets and stoppage of ceremonies are the signs you see when a monarch dies.”