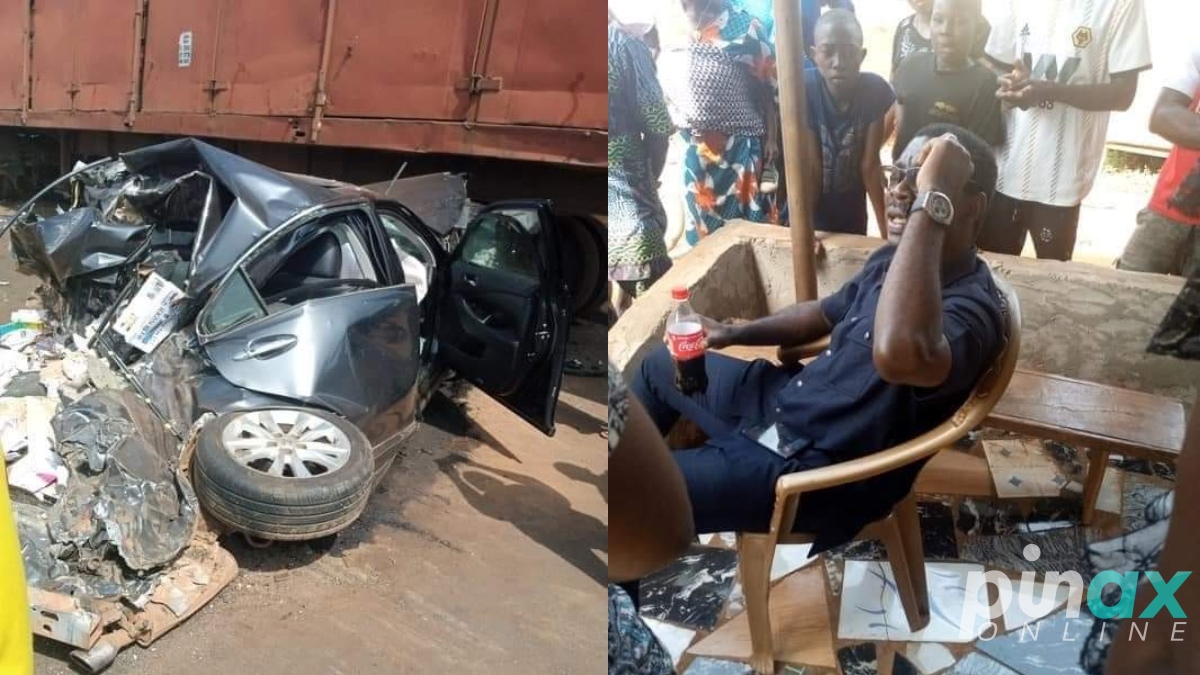 The pictures shared shows that their vehicle was crushed severely by truck commonly used for the transporting of soft drinks. The man was also captured sitting as he was flanked with eyewitnesses.

“He and his son escaped without a scratch after their car was involved in an accident at Nsukka, Enugu State…”

This story has sparked comments online, as Nigerians have come out to thank God for the lives of the man and his son, most of them have also expressed shock at the circumstance.

“Now this is NOT possible except for GOD that delivered them.every part of the car was squeezed to rumble so NO HUMAN could have survived this naturally.praise GOD”

“”It is of the Lord’s mercies that we are not consumed. His compassion fail not. They are new every morning” Lamentations 3vs22-23.Thank God for their life”

“When God says your time is not up; a narrow door called Miracle will open up to allow you escape unharmed.”