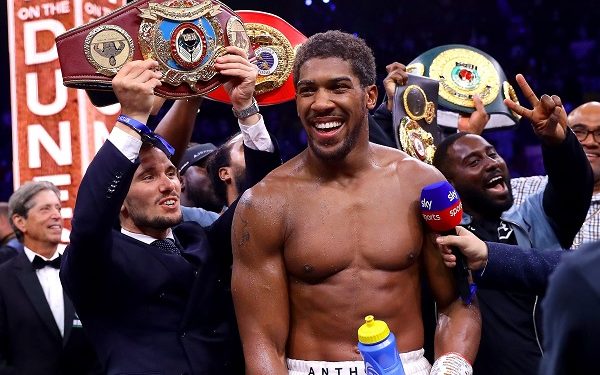 Globacom, in a statement, congratulated the fighter for the victory which it attributed to his tenacity and the ‘can-do spirit’, adding that Glo was very proud to have him as one of its brand ambassadors.

Referring to the TVC, “Heart of a Champion”, which was released by Globacom ahead of the fight, the company stated that Joshua’s victory had further reinforced the message, “Champions go the distance and they go further”.

Globacom said: “Like you stated in the television commercial, ‘I was born hungry for success, it’s the Nigerian way’, you clearly demonstrated, right from the start of the fight, the determination to excel, the resilience and the ‘can-do’ spirit which Nigerians are known for, thus achieving the remarkable victory.”