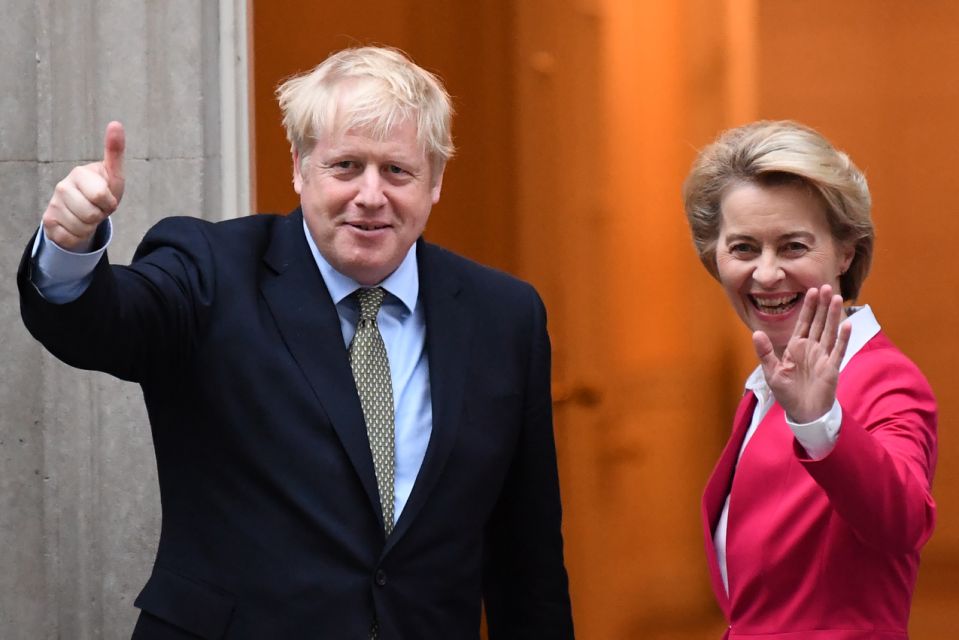 British prime minister Boris Johnson and the EU’s Commission president Ursula von der Leyen are set to talk on Saturday after EU-UK trade talks once again came to a halt.

The Brexit talks were put on hold after Brussels and London failed to reach an agreement on Friday, the EU’s chief negotiator Michel Barnier said.

Taking to Twitter, Barnier confirmed that after “intense negotiations” in the British capital, he and the UK’s chief trade negotiator David Frost had agreed to suspend talks between Britain and the bloc.

“After one week of intense negotiations in London, together with @DavidGHFrost, we agreed today that the conditions for an agreement are not met, due to significant divergences on level playing field, governance and fisheries,” he wrote.

This pause in negotiations is the latest in a series of delayed deadlines to reach a deal. Initially, negotiators had set the goal of tying up negotiations by October. When this deadline was missed, it was resolved to finalise a deal by mid-November.

Speaking in Brussels, European Council President Charles Michel noted the previous delays, adding that there was still time for the negotiations to successfully conclude.

Barnier has been in London for intensive talks since the start of the week as negotiations entered a critical phase. It had been hoped that the UK and the EU would finalise an agreement by Friday.

In near-identical posts on Twitter, both Barnier and Frost indicated that there remained “significant divergences” between the two teams.

State aid subsidies, fishing rights, and the means of arbitrating future disputes continue to be sticking points in the negotiations.

Earlier on Friday, a spokesperson for Downing Street warned that London would not accept “an agreement which does not respect fundamental principles of sovereignty”.

In an interview with the BBC on Friday, the UK’s Business Secretary Alok Sharma had also indicated that Britain was “committed to reaching an agreement”.

“But, of course, time is short and we are in a difficult phase. There’s no denying that,” he added. “There are a number of tricky issues that still have to be resolved”.

Irish premier Michéal Martin said on Friday that he expected negotiations to carry on through the weekend, adding that he “fervently hoped” a final deal could be struck.

The Taoiseach also stressed that it was important that the 27 EU member states and the UK gave negotiators “the space to conclude these talks”.

His comments came after the French European Affairs Minister, Clément Beaune said that France was preparing for a no-deal Brexit scenario, adding that the country would use its veto to strike down what it considered a bad deal.

In an interview with French radio station Europe 1, he said: “If there was an agreement that was not good, we would oppose it”.

He added: “Every country has the right of veto… We owe it to the French, we owe it to our fishermen and to other economic sectors”.

If a trade deal is not reached by the end of the agreed transition period on December 31, the two sides will revert to trading on World Trade Organization (WTO) rules which will mean tariffs.