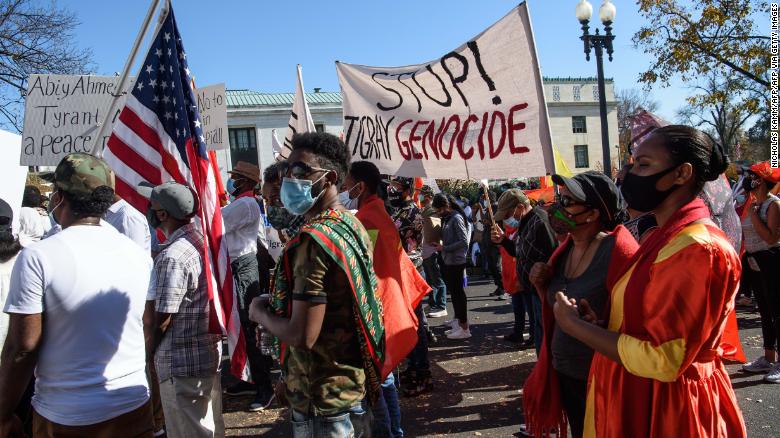 Several thousand combatants have been killed in Ethiopia’s embattled Tigray region, an official with the fugitive regional government has asserted, although claims remain difficult to verify a month after the fighting erupted between Ethiopian and regional forces.

Getachew Reda, a senior adviser to the Tigray leader, in an interview with Tigray TV aired Thursday urged young people and others in the region to “rise and deploy to battle in tens of thousands” days after Ethiopian Prime Minister Abiy Ahmed over the weekend declared victory.

With the leaders of the Tigray People’s Liberation Front on the run in rugged territory, fears of a drawn-out conflict continue. But with communications and transport links still largely severed to the region of 6 million people, it’s difficult to know the situation on the ground, including the extent of popular support for the TPLF and the number of people killed.

“Our capacity to resist ultimately depends on the support we get from our people,” Getachew said. “It is possible to have the scenario where we stop everything and turn all the people into soldiers.”

He didn’t say how many people are actively fighting but said “our army is doing amazing things with limited numbers,” and he claimed there had been tens of thousands of deaths among Ethiopian forces and those from neighboring Eritrea, which the TPLF insists is also involved. Ethiopia’s government denies that.

Getachew also acknowledged casualties on the TPLF side but didn’t say how many.

Ethiopian forces over the weekend announced they had “full control” of the Tigray capital, Mekele, a city of a half-million people. Getachew said their side had made a “strategic withdrawal” from the city to minimize destruction.

It is not clear how many people were killed as Ethiopian forces moved in on Mekele, but the International Committee of the Red Cross over the weekend said the city’s largest hospital had run out of body bags and staff suspended other services to focus on the wounded.

Ethiopian government spokesman Redwan Hussein didn’t immediately respond to a question about the current estimated death toll in the conflict.