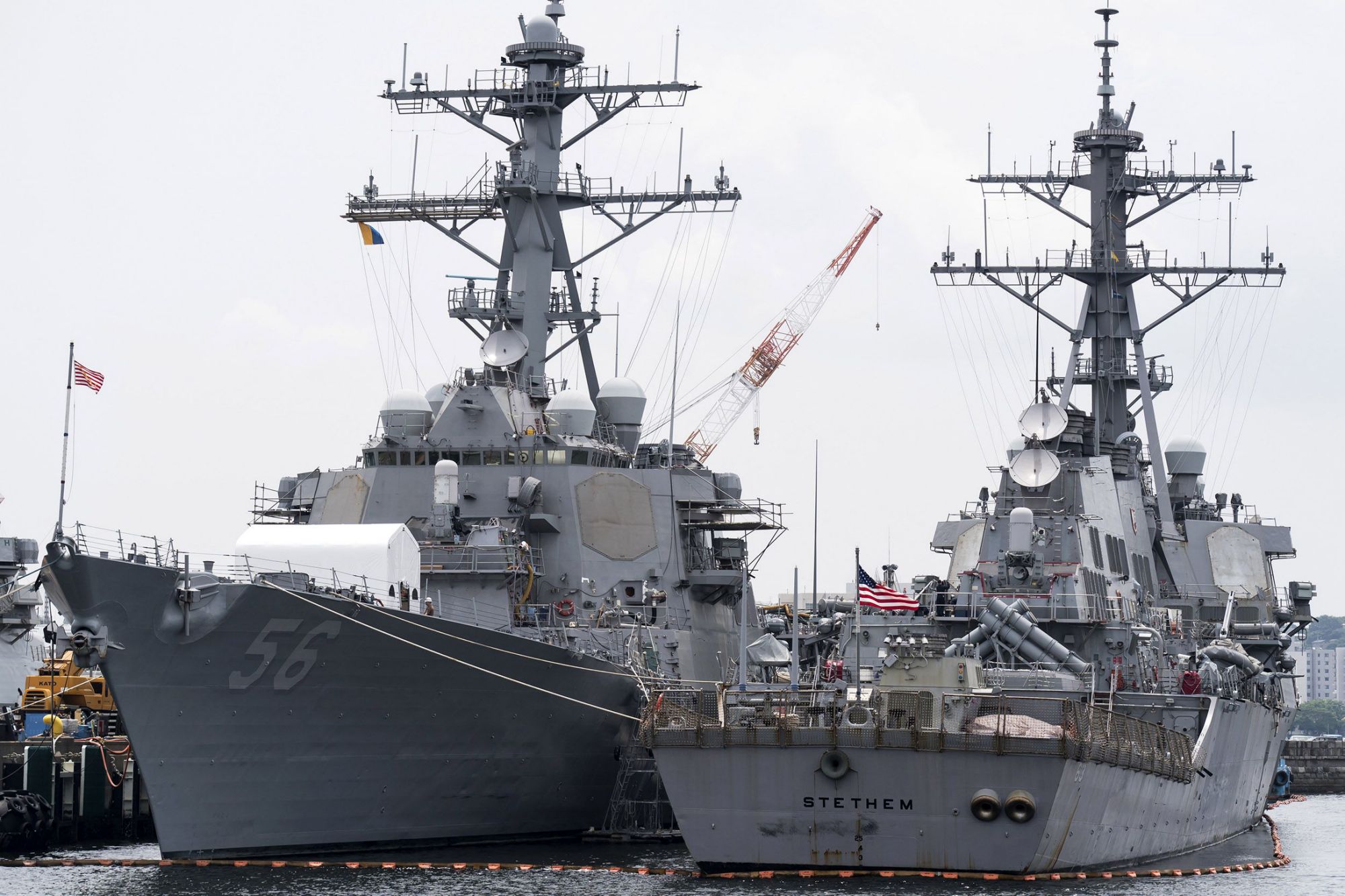 Russia has accused a US naval vessel of “operating illegally” in territorial waters in the Sea of Japan near the country’s far east.

The USS John S. McCain, which had been in the area for several days, “violated the territorial waters of the Russian Federation in the Gulf Peter the Great”, according to a statement by the Russian Defence Ministry.

The incident took place at 04:17 (CET) on Tuesday when the US ship sailed two kilometres beyond the maritime border, the ministry said.

The Admiral Vinogradov of the Russian Pacific Fleet sent a warning to the American destroyer, threatening to “use a ramming manoeuvre to chase the violator out of its territorial waters,” the statement added.

The US vessel is said to have immediately returned to neutral international waters.

The Admiral Vinogradov was continuing to observe its movements and another vessel was dispatched to the area, Moscow added.

The United States Navy has denied any wrongdoing and said that the USS John S. McCain had “asserted its navigational rights and freedoms” in the region.

Territorial waters in the Gulf Peter the Great have been disputed since 1984 when the US refused to recognise a claim to the area by the USSR.

“The United States does not acquiesce in Russia’s claim that Peter the Great is a “historic bay” under international law,” the Navy said in a statement.

The United States has said that Russia’s statement about the mission is “false” and that the USS John S. McCain was not expelled from the waters.

“McCain conducted this freedom of navigation operation in accordance with international law and continued to conduct normal operations in international waters.”

“The operation reflects our commitment to uphold freedom of navigation and lawful uses of the sea as a principle, and the United States will never bow in intimidation or be coerced into accepting illegitimate maritime claims, such as those made by the Russian Federation.”

Incidents between ships of the two countries, accusing each other of dangerous manoeuvres, have occurred previously, but more often in the Baltic Sea or the Mediterranean.

In the summer of 2019, a US cruiser and a Russian destroyer came dangerously close in the China Sea, according to the Russian and US armies, which blamed each other for the incident.

China previously said in October that the USS John S. McCain had violated its territorial waters around the disputed Paracel Islands and called on the US to “stop such provocative actions”.