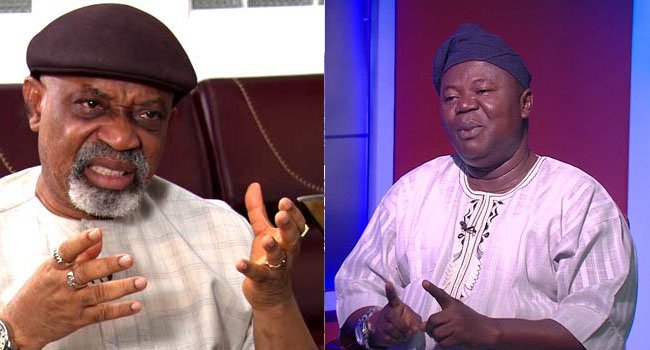 The Minister of Labour and Employment, Chris Ngige has expressed optimism that the lingering ASUU strike will end soon based on the last offer made by the government to the union.

Ngige while speaking on Monday also noted that he expects to get feedback from the ASUU negotiating team probably on Tuesday, contrary to the normal Friday as in previous times.

He said once ASUU returns to the negotiating table, both parties should be able to fastrack efforts towards ending the eight-month strike which began in March.

The Minister expressed his views during an interview with Arise TV monitored by Naija News.

He said: “I feel that even this offer is one of the best they have ever gotten since I started conciliation with them. I do not see why they should not accept it. Everything they asked for has been granted. I don’t think they should say the offer is not good.

“But I told them before they left that asking the nation and the students to wait from Friday to Friday is unfair, they should come back to us by Tuesday. They have done that before when we negotiated with the Senate President. The offer was made on a Thursday and they came back to us on a Tuesday.

“So, that’s what I expect them to do this time around. If they do so, the nation will appreciate them and regard them as patriotic citizens of the Federal Republic of Nigeria. I expect them to get back to me much earlier than Friday.”

The leadership of the Academic Staff Union of Universities (ASUU) has been offered N65 billion for Earned Academic Allowance and revitalisation by the Federal Government in a bid to end ASUU strike.

Furthermore, the government also agreed to pay the striking lecturers through the Government Integrated Financial Management Information System) until ASUU’s University Transparency and Accountability Solution (UTAS) is ready for usage.

These were some of the agreements reached at the resumed meeting between the leadership of ASUU and the federal government team led by the Minister of Labour and Employment, Chris Ngige on Friday.