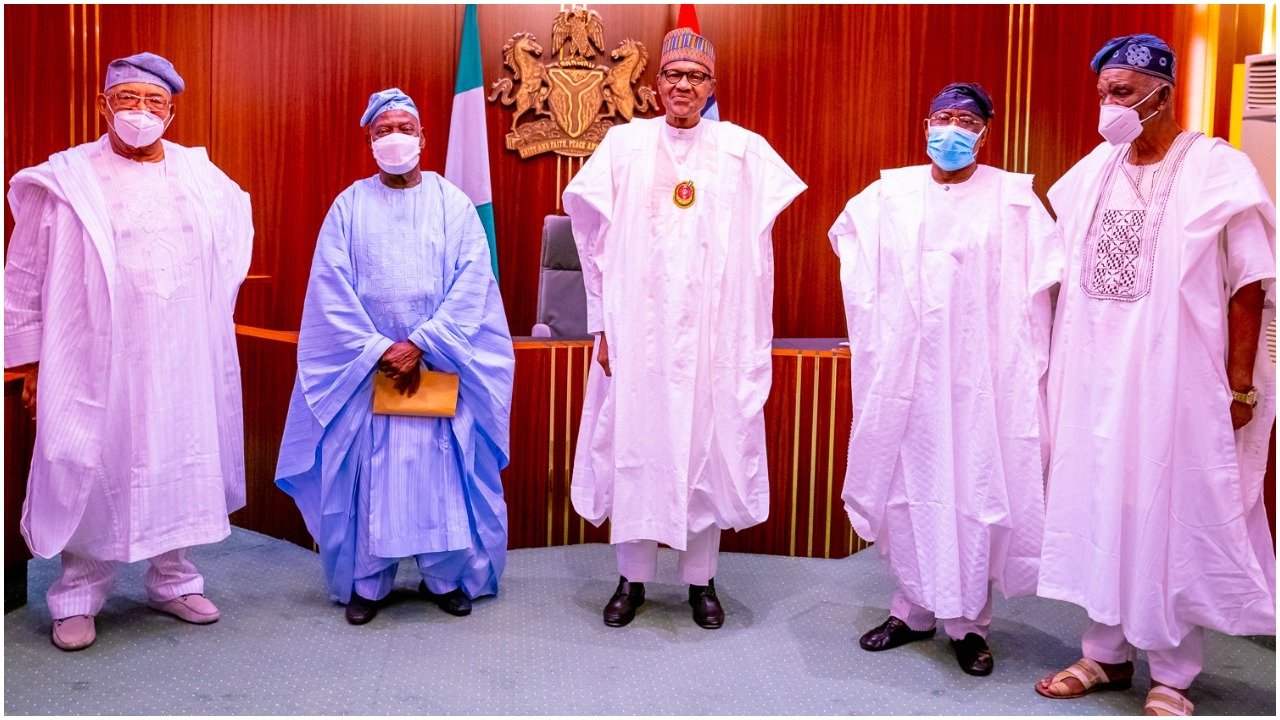 President Muhammad Buhari has met with four leaders of the All Progressives Congress (APC) from the South-West geo-political zone.

The South-west leaders were led by Chief Bisi Akande, the first interim national chairman of the ruling party.

The meeting was held behind closed-door at the president’s office in the Presidential Villa, Abuja, on Friday.

This online news platform reports that Bola Ahmed Tinubu, the national leader of the APC, did not attend the meeting.

Meanwhile, the visit of Tinubu’s allies is seen as a strategic move ahead of the coming horse-trading in the party.

It was gathered that Tinubu, a former Lagos State governor, is plotting to contest the 2023 presidential election.

It was equally gathered that the meeting discussed some of the issues facing the party, including the planned registration of new members, the postponed national convention, and the state of the party in the South-West.