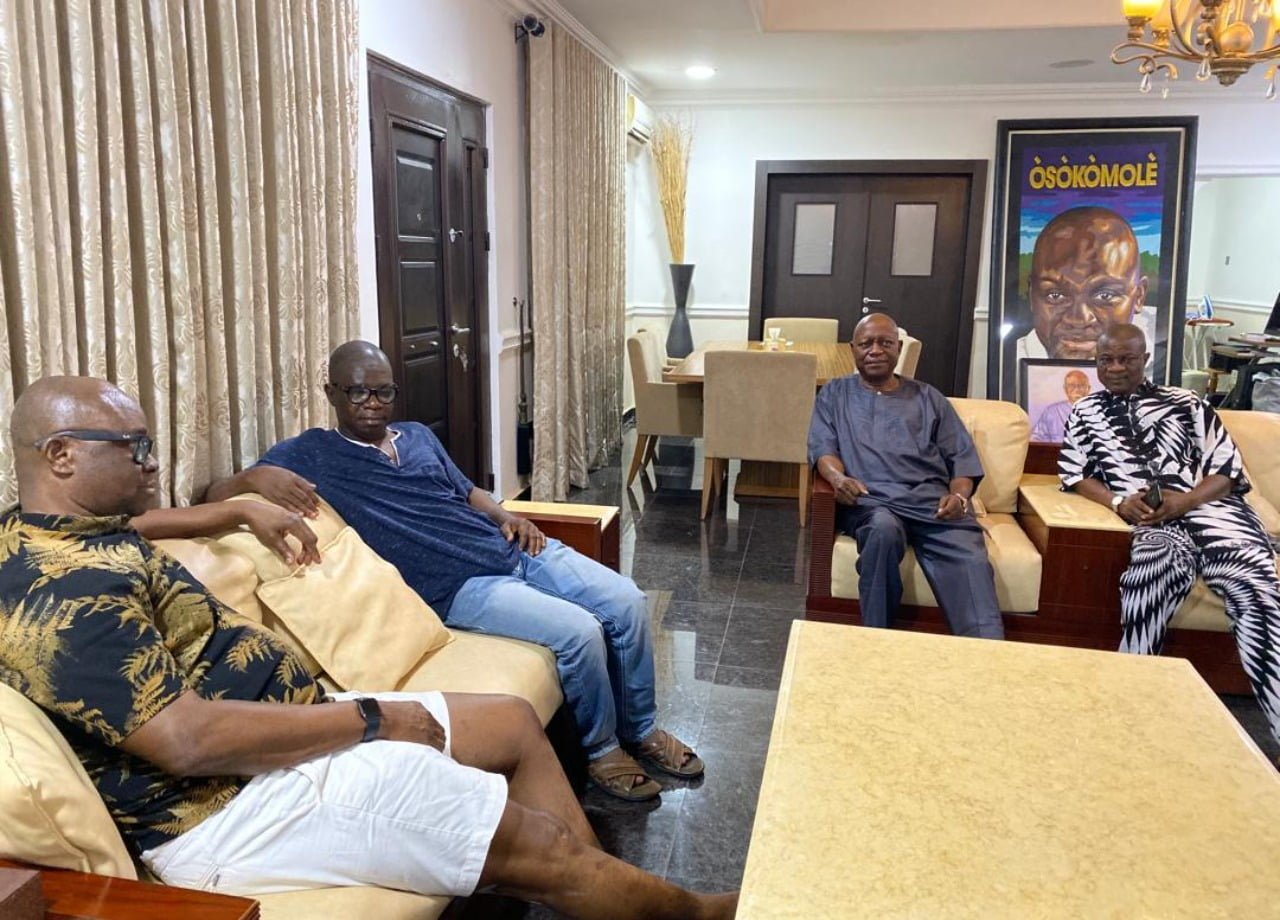 The meeting which was disclosed in a statement on Saturday by Fayose’s spokesperson, Lere Olayinka, was held on Friday night.

Fayose, during the meeting, urged Ajayi to return to the Peoples Democratic Party (PDP).

“It is important for him [Agboola Ajayi] to put the past behind, return to PDP and join hands with other leaders in the State to rebuild the party,” he said.

“What I can tell you like a brother is that the past should be put behind you and the future should be focused on realistically.

“The best option before you now is to return to the PDP and I am encouraging you to give it a consideration because you need the party and the party too needs a strong political character like you,” Fayose added.

On his part, Agboola Ajayi praised the former Ekiti governor for his “credible leadership” in the Southwest and the country as a whole.

“I have come to Afao Ekiti at this hour of the day to wish a friend, brother and leader a happy birthday at 60.

“Fayose is one person I have great respect for and I will continue to relate with him because he is not someone who will not tell you A when he means B. His yes is yes and when he says no, he means no,” Ajayi said.

This online news platform recalls that Ajayi had dumped the All Progressives Congress (APC) in June to join the PDP after falling out with his boss, Governor Rotimi Akeredolu.

He also left the PDP to contest the Ondo governorship election on the platform of the Zenith Labour Party (ZLP) in August.