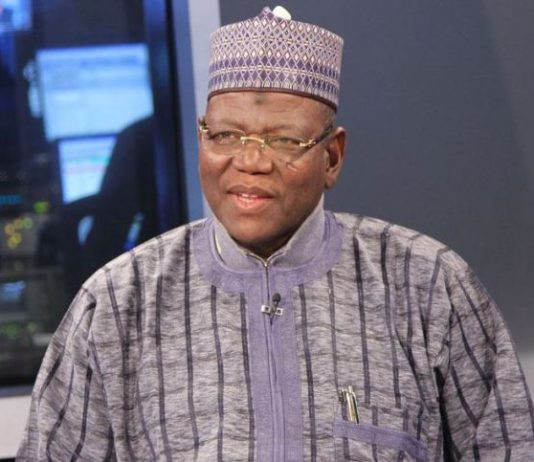 Alhaji Sule Lamido, a former Governor of Jigawa State, has lambasted the special advisor on media and publicity to the President, Mr. Femi Adesina, over his recent comments about the #EndSARS protest.

In a post on Twitter, Sule Lamido advised the senior special advisor to the president on media to stop commenting on issues.

According to the former Governor, Femi Adesina was causing more harm and hatred to president Buhari.

“I am beginning to believe that your utterances are designed to cause more disaffection for Buhari,” he wrote.

“The less you talk the more Nigerians will forget the horrors of this regime!”

Naija News recalls that Adesina, in a piece on Friday titled, ‘We Have Not Many Fathers’, said his principal would not allow rampaging hoodlums to burn down Nigeria.

He said Buhari acted with restraint typical of a father during the #EndSARS protest that rocked most parts of the country.

According to the presidential spokesperson, the #EndSARS protest was prolonged, and eventually hijacked and misdirected” despite Buhari quickly accepting the five-point demands of the protesters.

He claimed that had President Buhari not exercised the tolerance of a father, “we would have been talking of something else in the country”.