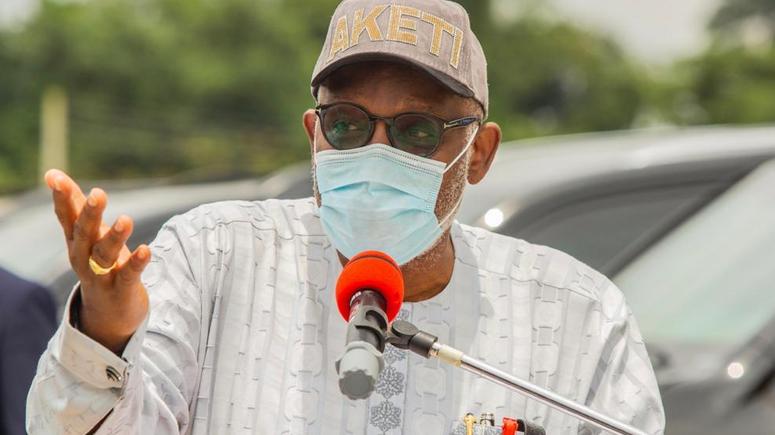 Ondo State governor, Rotimi Akeredolu has defended the action of the Central Bank of Nigeria (CBN) to freeze accounts belonging to #EndSARS promoters

“Speaking very honestly, I don’t see anything wrong in it”, the governor said on Wednesday on Channels Television.

Akeredolu said, the action is not a conclusion the accounts were used to sponsor acts of treason.

“If for instance, my account was frozen, what would I do? All I would do is go back to court to explain. Even politicians, their accounts are sometimes frozen. You have to go to court and explain. And at the end of the day, the court will say, ‘Leave the account. The account should be de-frozen’ and you take your money back.”

Although, many described the action of the CBN as an abuse of power, the governor said the protesters must explain the flow of funds into their accounts.

“If your account is frozen, you justify why the money was there. You come to explain to what use you have put this money.

“If it is that ‘Okay, we used this money to pay this caterer to give food to these boys when they were there. We spent money before the hoodlums took over,’ it will be explained, people will know and the accounts will be de-frozen”, Akeredolu explained.

The governor equally downplayed insinuations that the protesters are being charged for a treasonable offence.

A federal high court in Abuja, presided over by Justice Ahmed Mohammed on Friday granted the request of the CBN to freeze the accounts of 19 individuals and a public affairs company linked to the #EndSARS protests.

See also  Coronavirus: number of new infections in Belgium up 61% in one week

The court order addressed to the head offices of Access Bank, Fidelity Bank, First Bank Nigeria, Guaranty Trust Bank, United Bank of Africa, and Zenith Bank, directed the banks “to freeze all transactions on the 20 accounts on the list annexed to the CBN’s application as Exhibit A and all other bank accounts of the defendants/respondents for a period of 180 days pending the outcome of investigation and inquiry” currently being conducted by the Central Bank of Nigeria.