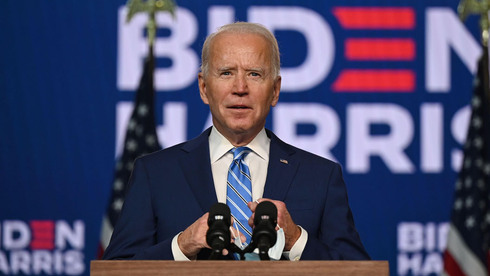 Democratic candidate Joe Biden got closer to the gates of the White House on Wednesday after victories in two key states against Donald Trump, who for his part engaged in a real judicial guerrilla war.

With Wisconsin and Michigan in his pocket, second and third states taken from Donald Trump with Arizona, Joe Biden now has 264 voters. If he wins Nevada (6), he would reach the magic number of 270 to become the 46th President of the United States.

However, while reacting to his victory, Joe has hit out at Donald Trump’s inflammatory and unfounded suggestions of voter fraud in the US election.

The Democratic candidate did so during his latest speech, in which he confirmed that his campaign was feeling very confident about their chances of winning the presidency.

Striking a presidential tone, Mr Biden also claimed he had made gains in key swing states, Wisconsin and Michigan, and with a veiled swipe, pointed out they were better than President Trump’s 2016 result.

“And even in the face of the pandemic, more Americans voted in this election than ever before in American history.

“And if we had any doubts, we shouldn’t have any longer, about a government of, by and for the people is very much alive, very much alive in America.

Mr Biden continued: “Here, the people rule. Power can’t be taken or asserted. It flows from the people and it’s their will that determines who will be the president of the United States, and their will alone.

“Now, after a long night of counting, it’s clear that we’re winning enough states to reach 270 electoral votes needed to win the presidency.

“I’m not here to declare that we’ve won, but I’m here to report that when the count is finished, we believe that we’ll be the winners.

“Of all the votes counted, we have won Wisconsin by 20,000 votes, virtually the same margin that President Trump won that state four years ago.”

You can watch his victory speech below

I’m confident that we will emerge victorious.

But this will not be my victory alone.

It will be a victory for the American people. pic.twitter.com/ZqJBVsQuQf