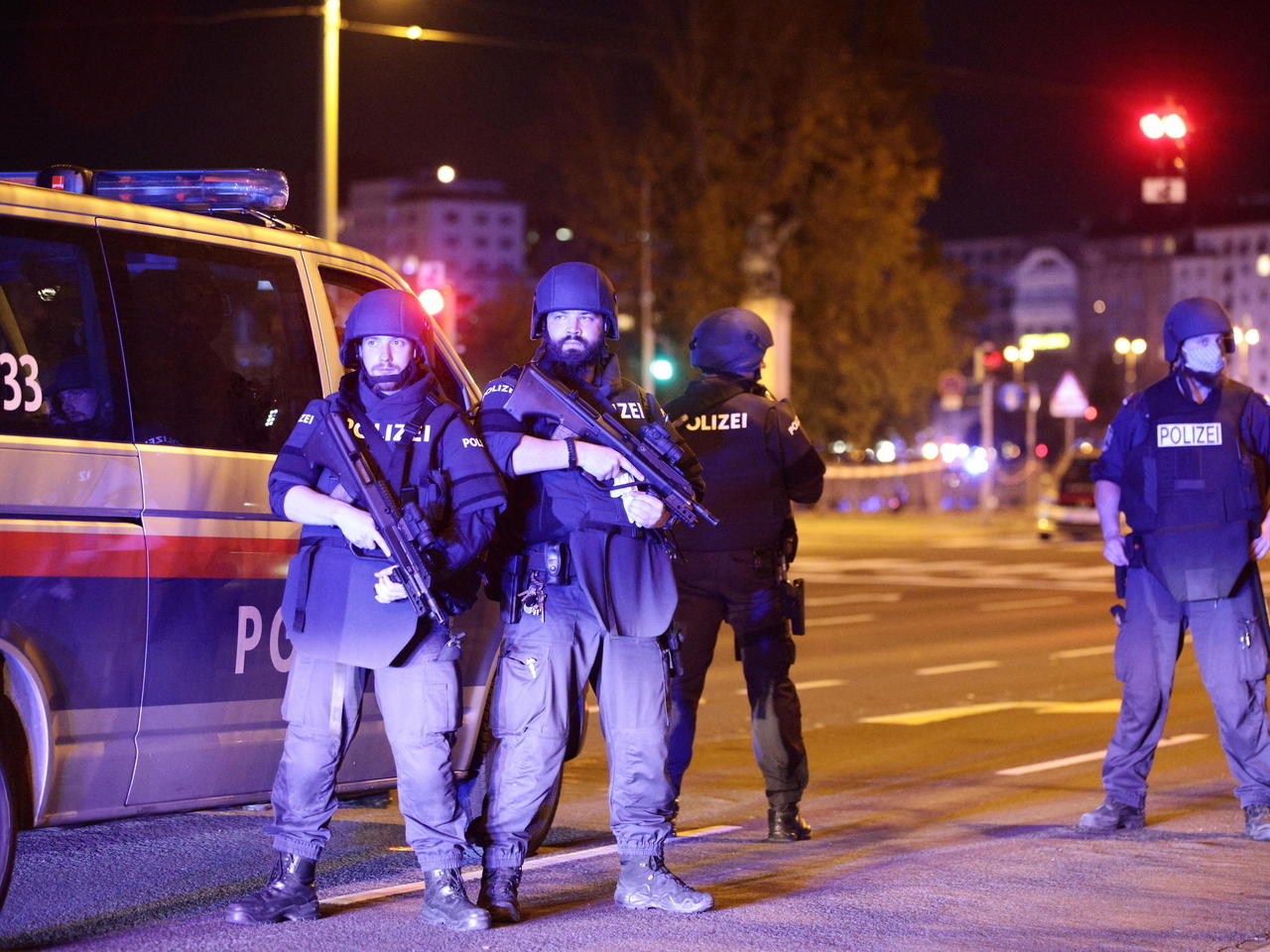 At least four civilians have died and 17 others been injured after gunmen opened fire at multiple locations in the heart of Vienna on Monday evening, Austrian authorities said Tuesday. One assailant was shot and killed by police, who have sealed off the city in an extensive manhunt for other potential suspects.

Interior Minister Karl Nehammer said two men and two women died from the injuries they sustained in the attack that started shortly after 8pm on Monday near Vienna’s main synagogue as locals were enjoying a last night out before a month-long coronavirus lockdown.

At least 17 people were also taken to hospital for their injuries, seven of whom are in life-threatening condition, Vienna’s hospital service said.

Nehammer said that initial investigations indicate the suspect who was killed had sympathised with the Islamic State (IS) group. “We experienced an attack yesterday evening from at least one Islamist terrorist,” he told a news conference. “This is a radicalised person who felt close to IS.”

He also said that the suspect has been identified and was a 20-year-old dual citizen of Austria and North Macedonia who had been convicted for trying to travel to Syria.

On Tuesday morning, police raided the killed suspect’s home and searched several others, Austria Press Agency (APA) reported, citing the interior ministry. APA quoted police as saying that two arrests had been made in the nearby town of St Poelten.

The Viennese have been urged to stay at home if possible and children did not have to go to school on Tuesday. Some 1,000 police officers have been deployed in the manhunt, and helicopters were seen flying overhead as the city was sealed off. Neighbouring countries have stepped up border checks.

Among those wounded in the attack was a police officer, said Nehammer. The 28-year-old officer was in the hospital but was no longer in a life-threatening condition.

Police said the shooting rampage, which took place in six different locations, was carried out by “several suspects armed with rifles”.

Chancellor Sebastian Kurz said that “we are victims of a despicable terror attack in the federal capital”.

Unverified footage posted on social media showed a gunman walking through the streets, apparently shooting at people at random, wounding several. It was unclear whether the person seen shooting was the same individual in each video.

Reporting from Vienna, FRANCE 24’s correspondent Anthony Mills said that although authorities have now identified the killed suspect, there are still many questions that remain unanswered, including the number of people involved in the attack and what the specific targets were.

“What we don’t know is what the initial, exact target was. We don’t know if the gunman went into the street in which the synagogue is located with the aim of attacking the synagogue – whether it was symbolic or whether the location was chosen simply because it’s a high density area right in the centre of Vienna in the old district, densely packed with cafés, restaurants, which of course were full in advance of a midnight lockdown.”

“We don’t know if there are additional gunmen, or gunman, at large,” he said

Rabbi Schlomo Hofmeister said he saw at least one person shoot at people sitting outside at bars in the street below his window near the city’s main synagogue.

“They were shooting at least 100 rounds just outside our building,” Hofmeister said. “All these bars have tables outside. This evening is the last evening before the lockdown.”

Authorities said residents have uploaded 20,000 videos of the attack to police.

The attack drew swift condemnation and assurances of support from leaders around Europe, including from French President Emmanuel Macron, whose country has experienced three Islamist attacks in recent weeks, and German Chancellor Angela Merkel.

“The Islamist terror is our common enemy,” Merkel spokesman Steffen Seibert tweeted. “The battle against these murderers and their instigators is our common fight.”

Austria’s military has provided 75 soldiers to guard key sites in Vienna, freeing up police to continue the investigation. Germany and Hungary have also offered to send tactical police units to support their Austrian colleagues.