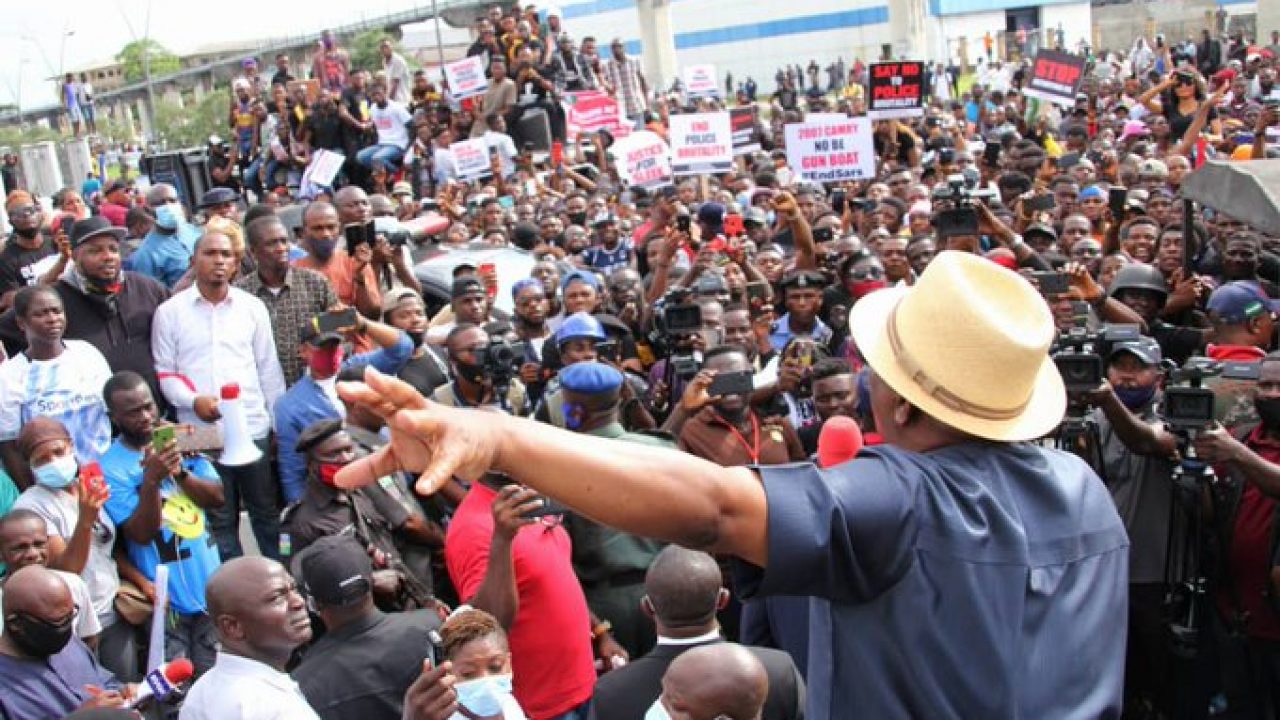 The governor of Rivers State, south-south Nigeria, Nyesom Wike, has lamented that the #EndSARS protest that rocked various cities across the nation, has exposed that Nigeria cannot defeat Boko Haram insurgence because it lacks intelligence.

Naija News reports that Governor Wike made this comment in a statement signed by his Special Assistant, Media, Kelvin Ebiri, spoke on Friday when the Nigerian Guild of Editors (NGE) paid him a courtesy visit at the Government House, Port Harcourt, the Rivers State capital.

This online news platform recalls that protesting youths in Nigeria agitating for the end to police brutalization and extrajudicial killings of Nigerians, stormed the streets, protesting the brutalities, humiliation, and extortion of Nigerians, especially the youths.

On Sunday, October 11, 2020, the Inspector General of Police (IGP), Mohammed Adamu, disbanded SARS following a widespread protest from Nigerians worldwide. However, since the announcement that SARS has been scrapped, the protesters refused to leave the streets, which a Presidential Advisory Committee said might force the Federal Government to take drastic measures against the protesting youths.

Last week Friday, an eyewitness of the massacre, Obianuju Udeh, a popular Nigerian disc jockey known as DJ Switch, said she and other #EndSARS protesters counted 15 corpses at the Lekki toll gate when men in army uniform opened fire on peaceful protesters.

“We were teargassed. We would run and come back and the only thing we fought with was our flags. We would sit on the floor and raise our hands up, waving the flags and singing the national anthem. That’s all we had,” she said.

“The military were there killing Nigerian citizens. The police and SARS came and were doing the same thing, aiming and shooting. They were pointing the gun at us and shooting live bullets. Who takes live bullets to protest ground? Who does that?” DJ Switch questioned.

Reacting to the #EndSARS protests, Governor Wike queried the country’s intelligence system and wondered why it failed to reveal how youths organised themselves for the protest without a leader.

The Rivers State governor said: “Now look at what has happened. There was EndSARS protest across the country. Nobody knows how the youths were able to organise themselves without a leader.

“Up until now, intelligence can’t even know how they did it and who’s behind them. Without good intelligence, how can Nigeria even defeat Boko Haram?” he queried.